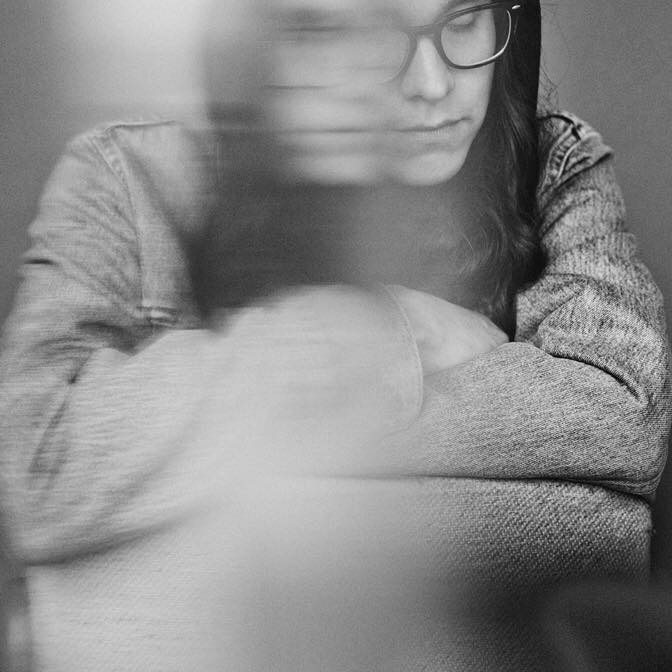 Seven generations have passed since the 1876 introduction of the Indian Act, the primary legislation that still governs First Nations local governments today. This document retains the grip of a colonial past that has caused indelible trauma, and social and cultural disruption, for Indigenous peoples. Facing this painful past requires courage. Daniel Monkman found it through the ancestral wisdom of the Seven Sacred Teachings, one of the traditional spiritual foundations of native culture. He presents his personal healing journey through his first solo album, Bleached Wavves, a brilliant shoegaze record that has been making waves on some radio stations since its release last June. PAN M 360 reached the Hamilton-based artist to find out about this journey.

PAN M 360: Your album has been getting good reviews here and there. How’s it going since the release ?

Daniel Monkman: I know I wanted to make an impact with my album because it’s been almost a decade since my last release. Every week, we find out something new, that someone loves the album. When I was doing music in 2007 to 2012, I wasn’t really social. It’s a big change, it’s been nice though.

PAN M 360: I feel your album is about a reconciliation between you and your native culture. Can you elaborate on that ?

DM: It just came at a point in my life where I came to a crossroad in my identity. It was either, I just keep going on with my life and be ignorant about my past, or I accept who I was and embrace it. It’s easy to go downstream, or whatever is easiest. But instead, I started an upstream battle. I knew the institutions were not going to be able to tell me about my past because it’s just full of lies and deception. This album is about me learning everything about my culture, and how it ultimately saved my life.

PAN M 360: You write about your healing process in such an open-hearted way. Would you say it’s about finding inner peace ?

DM: I would say that. It’s like truth and reconciliation. I was part of an AA program. I spent a lot of time in these support groups. I wouldn’t say I was addicted to alcohol, but I had behaviours once I started drinking, I felt really sad and would become dissociated. It was there that I learned to really show humility, rather than internalizing what I was feeling. I was encouraged to express it. They teach you not to have any real ego about it.

PAN M 360: The First Nations culture seems to belong in the past, in most people’s minds. Do you hope your album proves otherwise ?

DM: When I was learning about my culture in high school, they always seemed to make it past tense. I would be reading the textbook and say, well, I’m still here. I was putting out shoegaze and indigenous music back in 2007, no one really cared about listening or hearing the First Nations story. And that’s the big part of the reason why I left the music industry for almost 10 years. It wasn’t really trendy to hear indigenous stories yet. It was in 2015 […] that I started hearing about nêhiyawak, Whoop-Szo, A Tribe Called Red and Snotty Nose Rez Kids. I’m glad to represent indigenous people through shoegaze and dream pop.

PAN M 360: The word Zoongide’ewin refers to one of the Seven Grandfather Teachings. Can you explain what are they ?

DM: If you go to the AA program, they push the idea of God and praying. I felt a little uncomfortable about it because this Christian God has just tainted our family. I felt I wasn’t able to fully heal with this belief. I went to the rehab centre, I got out and started my journey. That’s just basically a First Nations version of the AA program. It teaches the same values, but in a more traditional way. They are like wisdom, love, especially humility, I learned a lot about that. Where I grew up on the streets, there are a lot of gangs, a lot of youth without father figures or mother figures. You learn to be a man on the streets. A lot of the time, that means that you don’t show emotions […], you always have to internalize it. Humility gave me this awakening that I can be very open. Being able to ask for help is just a human trait that we should be able to use.

PAN M 360: You also refer to the bear spirit. What does it represent to you ?

DM: It represents my mother and motherhood. The bear spirit Mukwa is the representation of Zoongide’ewin, of courage, and being able to talk less and listen. It is about sacrifice, and my mom sacrificed a lot to bring me up in the world. My dad tried to be there. Later in life I found out why he couldn’t, but my mom took full responsibility for my other four siblings as a single parent. She saw that I love music, and so she got me my first recording machine. She didn’t want us to live around the gangs. When I did this kind of rebirth album, I wanted to honour my mom.

PAN M 360: At the time of the recording, you didn’t have much equipment. But you manage to create an impressive shoegaze sound. How was the recording process?

DM: Very minimalist. I had one guitar, two guitar pedals, and an amp. When I first conceived the album, a lot of the songs were just acoustics. I knew I just wanted to make something bigger, a lot more textures. I borrowed the second pedal from a friend of mine, this kind of looping pedal that, if you record a riff and add lead on top of it, you can loop parts together. Just by luck, the first pedal that I had has a feature on it called reversed reverb. I would create the loop, different layers, and then I would send what I just made in the loop to the reverse reverb. It was a breakthrough. It was from there that I realised that I could make this bigger album that I wanted to do. There was no big production, no big studio, I did it all from my bedroom. It was a lot of luck.

PAN M 360: The song “Was & Always Will Be” sounds more like a beautiful meditative mantra or prayer. How did you write that song with Rishi Dhir ?

D.M: I’ve always been a big fan of Elephant Stone, maybe since 2009. When I wrote that song, it wasn’t even supposed to be on the album. I was going through my machine and came to this really hypnotic acoustic song that had ten acoustic tracks with a chord progression. I just started adding hand drums and other percussion instruments that made it almost like a fusion of Indigenous with ’60s psychedelia and indian music. I wanted to bring it as a joke, two ‘“Indians” together. Colonial people called Indigenous people Indians, that’s not correct. That’s still alive and well, but Rishi is the real Indian. Adding the sitar gives it a really nice touch. It was one of those last-minute songs. But with Rishi coming in, it was perfect.