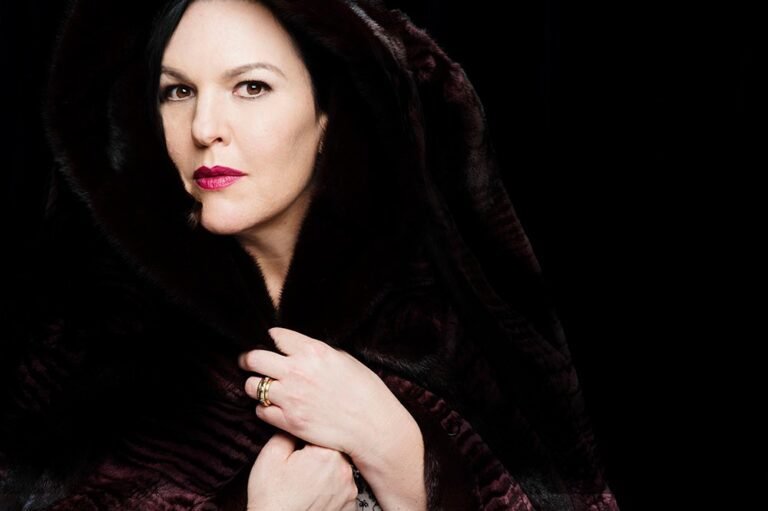 On the eve of this year’s Concours musical international de Montréal, dedicated to voice, PAN M 360 talks to a member of the jury, the great soprano Adrienne Pieczonka.

A native of New York State, Adrianne Pieczonka grew up in Burlington, Ontario. She studied at the University of Western Ontario at the Opera School of the University of Toronto in the 1980s.  She moved to Europe in 1988, where she won first prize at the International Vocal Competition in ‘s-Hertogenbosch, The Netherlands, and first prize at the International Singing Competition in La Plaine-sur-Mer, France, also in 1988. She became a member of the Vienna Volksoper in 1989.

She moved to London in 1995 and returned to Toronto ten years later to perform regularly with the Canadian Opera Company. She made her debut at the Salzburg Festival in 2001 and at the Metropolitan Opera in New York in 2004 as Lisa in Tchaikovsky’s The Queen of Spades.

In 2019, she was appointed as the first vocal chair of the Glenn Gould School, where she regularly teaches master classes and oversees the vocal department and their opera productions.

PAN M 360 : What motivates you being part of this jury in Montréal?

ADRIANNE PIECZONKA: It is a huge honour for me, a Canadian opera singer and educator, to be on the jury of this very prestigious International Competition in Montréal. In 1988, I competed in three international singing competitions in Europe (and won First Prize in two of them): s-Hertogenbosch in The Netherlands and La Plaine sur Mer in France. I have such wonderful memories of being a competitor and winning them helped me to immediately launch my career in Europe

PAN M 360 : How have you been selected?
ADRIANNE PIECZONKA: I was approached by Zarin Mehta, President of the Jury many months ago and I immediately said yes!

PAN M 360:  What is your perception of Montreal classical music family and Montreal Intarnational Music Competition?

ADRIANNE PIECZONKA: Montréal has a thriving classical music scene, one which is very rich and exciting. I wish I could come to Montréal more frequently to see many recitals and concerts featuring amazing artists. Québec produces wonderful musicians, including wonderful singers!

PAN M 360 : How do you consider this competition among the international classical major music competitions?

ADRIANNE PIECZONKA: : As someone who competed and won some competitions many years ago, I do think they can be extremely useful for global exposure – to agents, opera houses, orchestras etc. They are not essential of course but they can certainly be a way to advance one’s career and also make important connections.

PAN M 360 : Each member of a jury has a specific sensibility regarding the candidates, what is yours?

ADRIANNE PIECZONKA: I am interested in the artist as a whole. Many singers have amazing voices but I am also interested in a singers’ “inner life” and artistic his/her sensibility. Having an amazing voice is not everything. A great artist needs to touch our souls.

PAN M 360 : What are the objective criterias of your eventual choices ?

ADRIANNE PIECZONKA: Objective criteria are correct pronunciation, inflection, nuance. Singing correct rhythms and pitches are a necessity but heightened musicality can also enhance any given performance.

PAN M 360 : What are the subjective criterias that could make a difference between candidates of same value?
ADRIANNE PIECZONKA: This is where you have to trust your “gut” and be open to a singer  moving in unique ways.     As listeners, we want to be moved, we want to experience something magical. It’s hard to describe just exactly what this is but I can assure you, when it happens, you just “know”.

PAN M 360 : Are there some cultural differences in the singing aesthetic that could divide the jury?
Adrianne: No, in my opinion, I don’t think this will be the case.

ADRIANNE PIECZONKA: : Do you plan other activities in MTL during this process?
Adrianne: I’m afraid we will be very busy with the various rounds of the competitions! I am giving a masterclass and taking part in a Round Table discussion with a few other jurors. I hope to do some walking and perhaps visit the Musee de Beaux Arts while I am here.