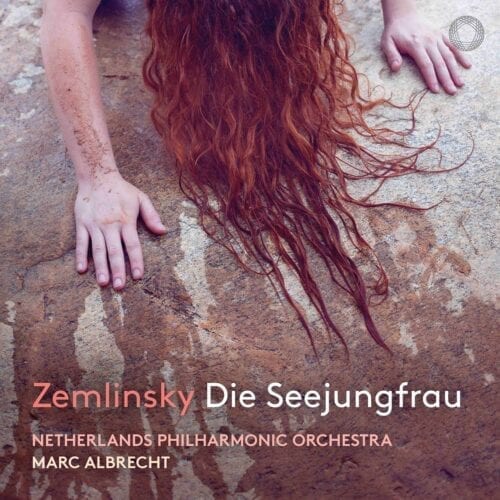 The work Die Seejungfrau, presented by the Netherlands Philharmonic Orchestra, showcases the talents of Viennese composer Alexander von Zemlinsky, prolific if less frequently played today than his compatriots. Zemlinsky (1871-1942) was very active in Austria and the Czech Republic during the first half of the 20th century, both as a composer and conductor, and as a teacher. He had great musicians such as Alban Berg, Anton Webern, and Erich Korngold under his wing, then worked with none other than Gustav Mahler and Arnold Schönberg, with whom he shared a friendly relationship. Known for his conducting talents and renowned for his interpretations of Mozart and Strauss operas, Zemlinsky composed many works in a mainly tonal tradition, although the influence of the early 20th century in Austrian music is clearly evident in his compositions.

Die Seejungfrau is a symphonic fantasy for orchestra in three movements, inspired by The Little Mermaid, by Hans Christian Andersen (1805-1875). From the very beginning of the work, one can see the ease with which Zemlinsky uses the timbres of the different instruments of the orchestra to situate the listener in the world in which the piece takes place: the harp, as well as the use of low strings, directly refer to the sea bed. The first violin, to which the composer has entrusted numerous solos, seems to represent the magnificent musical voice of the little mermaid. Die Seejungfrau is characterized by its many incredibly powerful climaxes, which highlight the endurance and constancy of the orchestra’s energy. The expressive playing accentuates the narrative effects contained in Zemlinsky’s piece – one imagines one can hear and feel all the pain the poor mermaid experiences throughout her entire story. A grim atmosphere also crowns each of the movements of the work, thus respecting the theme’s main thread. Since Die Seejungfrau doesn’t have a specific programme written by the composer, everyone can associate their own perspective on Andersen’s tale with the music. The virtuosity and reliability of the members of the Dutch orchestra bring the work to life, and pay a wonderful tribute to a composer who sometimes seems to have been forgotten.