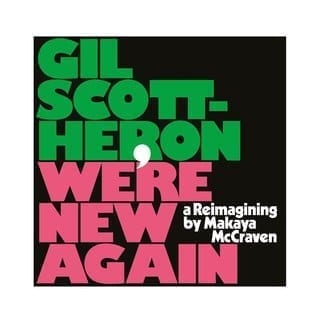 In 2010, the African-American poet, singer and activist resurfaced at the end of a painful
journey through the depths of drug abuse and prison. It was a spectacular but very short
rebirth – from premature wear and tear, Gil Scott-Heron moved on to another dimension on
May 27, 2011.

The reflection of an existence marbled with light and darkness, I’m New Here was one of the
great works recorded during the year of its release, a bittersweet assessment of an existence
rife with family dysfunctions, revolutionary hopes, euphoria, deviance, existential
disappointments, a checklist heralding premature death.

So what was there to add to this final offering? As did Jamie XX previously, Makaya McCraven tries to answer the
question here.

An icon of contemporary culture, if a rather paradoxical one, GSH remains a source of
inspiration for the percussionist, composer and improviser. Without a doubt one of the new
conceptual leaders of the music that can still be called jazz, McCraven sampled the work of
his elder in order to add new dimensions to it.Songs, poems and excerpts from conversations in I’m New Here are preserved, often in their original structures.

Around these, new grooves, harmonic extensions, arrangements, improvisations, and electronic textures appear, amounting to a jazzo-electro-nuevo remix conceived in a hybrid space of instrumental music and digital creation. If he had been in charge of producing the opus released 10 years earlier, McCraven would probably have done
it this way. In the service of the late Scott-Heron, once an artist of jazzy-soul allegiance, McCraven has
reiterated those characteristics, though in a contemporary context.

The ornamention here proves to be creative, well in tune with new compositional methods involving defragmentation,
filtering, treatment and reconstruction, without altering the foundations of the original.To do otherwise, McCraven would have had to deconstruct the entire corpus of songs and then integrate the materials into a work closer to his own. This would have led into uncharted territory, which he deliberately avoided. Well, we must observe however that he did transform the songs into his own compact and visionairy forms. We’re new again? Yes, anyway.