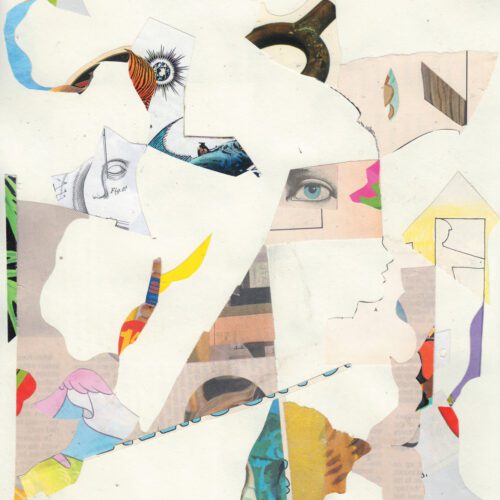 As of late, we are getting so many solo albums from big name bands coming out of the woodwork, no doubt due to the free time many talented individuals had after their tours or big band plans were put on ice. Weird Nightmare, the solo project of METZ guitarist/vocalist Alex Edkins, is loud, abrasive, and constantly in the red. You can partially hear the pops and cracks from the amps and patch cables on many of the tracks, struggling for dear life as musicians push their gear to their greatest limits.

Weird Nightmare‘s opening tracks are quite METZ, but more so the acid garage rock of the Osees, back when they were Thee Oh Sees, or Frankie and the Witch Fingers. From a songwriting perspective, the songs are pretty simple and energetic with the push for simplicity and anthemic rock n’ roll. It’s a no-frills rock record, easily accessible to anyone who wants to jam out. “Wrecked (feat. Bully)” is a standout and Edkins’ vocals pair like honey with Bully’s Alicia Bognanno. “Sunday Driver” reminds me of the skate punk from the prominent Thrasher Magazine days. Actually, this whole album would be perfect for a skate or longboard if that’s your cup of tea.

Where Weird Nightmare is strongest is all the little sonic hooks, whether they be on guitar, fuzzy bass, or Edkin’s euphoric, angsty voice. You’ve also got the alt-pop maniac, Chad Van Gaalen, guesting on “Oh No,” which starts with a grimy punk rock bass that sounds like it was recorded in a takeout box. It’s a powerful guest spot.

Yes, with tons of feedback, and psyche rock licks meshed with hazy vocals, Weird Nightmare is a great release.