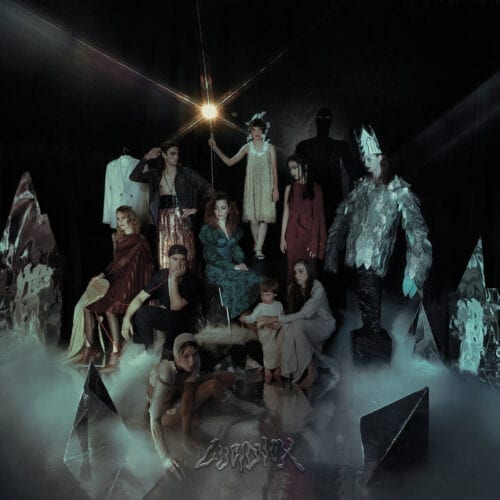 Muscovite quartet Lucidvox make their international debut with We Are, and seem to take it seriously. In comparison with their earlier, independent releases, We Are is their most polished, professional, and powerful record. Rolling their Rs patriotically, they remain resolutely Russophone, presumably a disadvantage – one they may have figured out a way of reversing.

Lucidvox have arrived at a sound composed of grunge and nu-metal, post-punk and prog (note singer Alina’s occasional flute forays), muscular stoner rock and hypnotic heavy psych. They may lean a bit on one or the other from track to track, but guitarist Galla’s boot is pretty reliably glued to her distortion pedal. It’s a tried and true template for alternative rock – the most notable exception is the grand, impressive “Runaway”, which prowls the border of cinematic jazz.

The essential ingredient, the prism through which the familiar alt-rock formula is refracted and refreshed, is the Russian folk sensibility Lucidvox have cultivated since they formed in 2013. Those earlier releases mentioned above were blessed with a sense of scruffy, indulgent pantomime paganism, diminished now as the band have matured and focused their sound. On the other hand, that marvelous folk flavour – rich in gloom, fatalism, thorny beauty, and flashes of wild-eyed Slavic madness – is something the band have a far more accomplished grasp of now, and it permeates their melodies, sinister yet sweet, and the splashes of polyphony in the women’s voices. It’s precisely this distinctive Russian character that elevates Lucidvox above the ordinary in rock music.