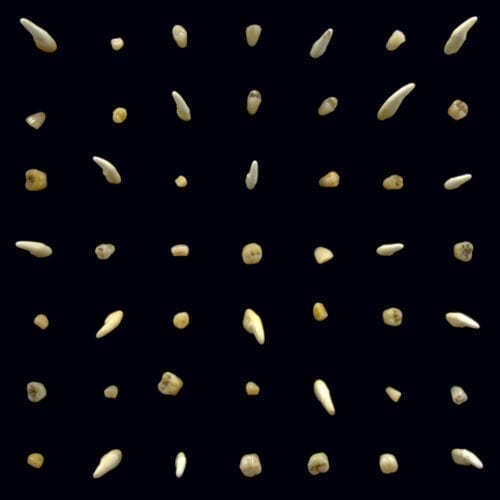 Visions of Bodies Being Burned is the second part of the horror film that began with the previous album There Existed an Addiction to Blood. If in that first chapter, clipping. had opened the door to a gloomy and morbid universe, the second one just keeps on driving the nail in. The band’s music is unique, a clever and dark mix of frightening noises, whose staging and narration make the whole sublime. Never before has an album intro been so important. Inspired by Wes Craven and the Scream series, among others, the Californian trio went all the way with their ideas and played the roles of scriptwriters and lead actors when introducing all the right ingredients. The title “’96 Neve Campbell” is a nod to Scream, with the name of the lead actress and the year the film was released.

Daveed Diggs, the band’s rapper, and producers William Hutson and Jonathan Snipes achieve a new tour de force with an experimental album that allows us to live the day of a killer. A kind of dirty, morbid road trip, whose conclusion seems obvious but whose adventures remain captivating. Diggs raps as much as he narrates, like on “Make Them Dead”, whose melody is dreadful and electrifying like an unrelenting drill driving into your head. Diggs’ voice is a perfect fit for a horror film, and is at one with the instruments that accompany it. It’s scary, creepy, twisted and mischievously well mixed. On the second verse of “Looking Like Meat”, guest star Ho99o9 adds a kind of psychological pressure whose only possible outcome seems to be death. clipping. have delivered a high-flying, dynamic, and devastating album. If the previous one surprised with its artistic creativity, clipping. have indisputably become masters in the field of postmodern horror music with this second part.