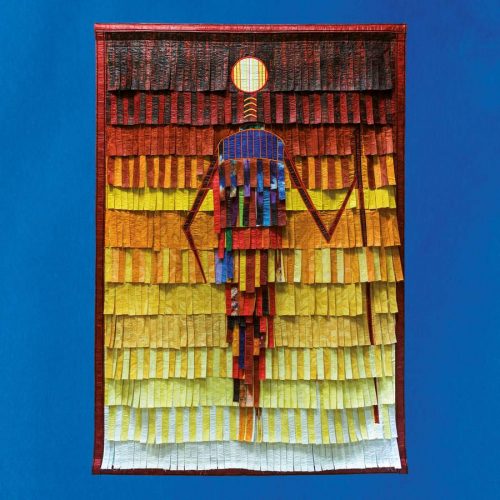 The Texas band Khruangbin is an absolute antidote to conservative Texas and its ultra-right wing Republican governor, Greg Abbott.

The Houston trio is multi-ethnic, open to the world, passionate about Asian and Middle Eastern music. So why not merge their psychedelic-thai-funk music with Africa?

This is what Ali does, in which Khruangbin (which means “plane” in Thai) joins forces with Malian bluesman Vieux Farka Touré, to pay homage to Vieux’s father, the late Ali Farka Touré, this extraordinary guitarist who merged African music and blues.

And what an idea for a father to call his son Vieux (Old)….

Obviously, Laura Lee-Ochoa (bass), Mark Speer (guitars), Donald Johnson Junior (drums – organ) and Vieux Farka Touré (guitars) were made for each other. These rereadings of Ali Farka Touré’s songs are fluid, danceable and soothing. Beware: the level of complexity and inventiveness is not the same as in Ali Farka Touré’s originals. One thinks in particular of the exciting duets with Ry Cooder or the kora of Toumani Diabaté.

But Khruangbin’s Groove takes the music elsewhere. It is more pop, but never boring. Vieux Farka Touré adds complexity to the very repetitive rhythms (by design) of the Texas band. There is a lot of reverb, echoing drums and wispy sounds that keep us warm.

The good news is that this record made me want to listen to Ali and Vieux Farka Touré again. I will probably not be the only one.

Khruangbin is a singular pop group that has not finished surprising us. Another Texas is possible.