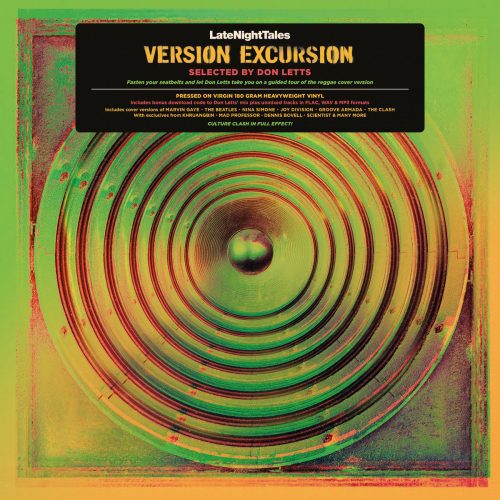 Enlisting dreadlocked dynamo Don Letts (DJ, documentarian, and selector par excellence) was a wise call on the part of the Late Night Tales team, whose compilations are consistently curated by the creme de la creme of cool music. The polyvalent and perennially relevant Letts, the end-of-the-’70s British intersection of punk and reggae personified, orchestrates here a deep dive into dub reggae that’s diversified in flavour, and demonstrative of his culture-clash creed. Rare gems and exclusivities abound. Prince Fatty, Mad Professor and many more, from across the generations of dub producers and bands, remix or redo outright tunes from across the decades, and a spectrum of styles. The old guard is accounted for, with the psych and soul of Aaron Neville and Bill Withers, Jefferson Airplane and The Beatles, and of course Jamaicans John Holt and Cornell Campbell. Also on hand are Letts’ inseparable associates The Clash and the subsequent Big Audio Dynamite, whose “E = MC2” gets a rework by Gaudi and Letts himself, as well as contemporaries of theirs like Joy Division. Things draw to a close with a delicious dub of “Dern Kala”, an early number by Khruangbin, who concluded 2020 with a Late Night Tales mix of their own. Version Excursion is a checklist of major moments in modern music, a cavalcade of cultural crossfade, but above all an exquisite listen from end to end.