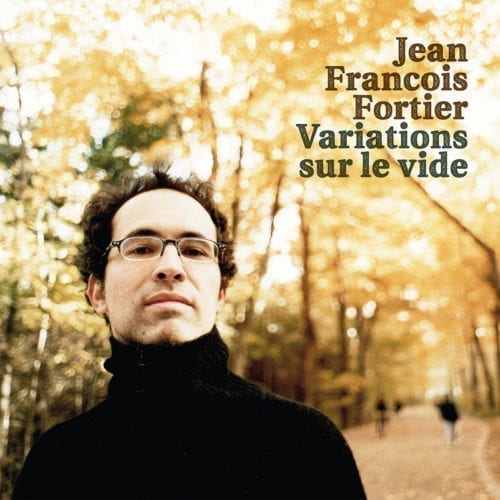 When it was released in 2005, Variations sur le vide, the debut album by Jean-François Fortier, former member of the rock band Les Moutons Noirs, was enthusiastically received by the music press. Without a doubt, some would still place it among the best of Quebec’s body of work.

With its intelligent discourse on the quest for meaning, love and other existential questions, and its precise turns of phrase, this record, as full of lighter moments like “Une fille pour l’été” (with lyrics no one would dare write today), Fortier could hope for great things. But contingency being what it is, this album went under the radar and so did its creator.

Under the auspices of post-breakup therapy, it contained a hyper-hooky, bouyant pop that was not unlike McCartney, his most likely mentor (we sometimes think of Sgt. Pepper’s Lonely Hearts Club Band).

Fifteen years later, here it is again, originally produced by Éric Goulet, in a remastered version. One less instrumental piece, as the test of time obliges, a new song as a consolation (“Une place”) and a few touch-ups in addition to a new track order specially planned for the vinyl re-release, with its A and B sides.

Has it aged well? Yes, oh yes, and it’s passed the test of time with flying colours, so much so that the song “Sur mon île”, accompanied by a sober but effective video, takes on a whole new meaning, and makes us want to change our lives in these confined times.

Let’s hope now that the younger generations will discover it thanks to the digital version and join the circle of the initiated.