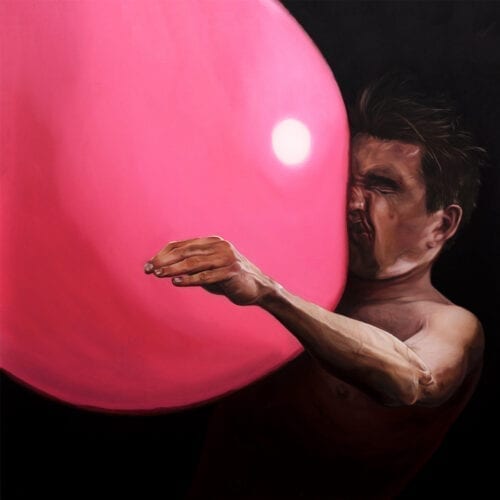 After the success of the album Joy As an Act of Resistance, IDLES no longer hesitate to bang their fists on the table on behalf of all those oppressed by the system – nothing less – with Ultra Mono, the band’s third release on the very popular label Partisan (Pottery, Fontaines D.C.). Written in the context of a never-ending Brexit, singer Joe Talbot still shouts as ardently as ever, and through his ragged voice, confronts the political conflicts that are tearing apart the social classes of his country. Anti-homophobic, anti-sexist, anti-racist, anti-neoliberal and so on, IDLES have quite simply become the most muscular anti-hate punk band of the current English post-punk scene, even if this commitment to the working class is subject to debate in the recent publication by singer Lias Saoudi of Fat White Family. If music can’t solve social problems, IDLES’ music pushes us to express them without compromise. We raise our fist for the Black Lives Matter movement on “Grounds”, we bang our heads against the walls on “Anxiety”, we hack and spit against austerity on “Carcinogenic”, or upend the politicians’ table on “Reigns”. We even take malicious pleasure in imagining the pioneer of the Riot Grrl movement Kathleen Hanna from Bikini Kill grabbing Trump “by the pussy”, as described on “Mr. Motivator”. How do you deal with this oppression? “Kill Them With Kindness’”, says Joe Talbot, as if this excess of rage could miraculously turn into unconditional love. At least, that’s the message Ultra Mono stands for. As a recovering addict, the singer openly embraces his former struggling soul journey, his personal inner conflicts, his holistic vision and his rebirth through self-acceptance and empathy. One can also sense that the band no longer feels like laughing. The acerbic humour that made teeth grind on the first albums has literally turned into a battle between the oppressor and the oppressed, as the title “War” suggests. Also noteworthy are the unfortunately almost imperceptible appearances of Jehnny Beth, a longtime friend of the band, on “Ne Touche Pas Moi”, and David Yow from Jesus Lizard on several tracks. This latest album from IDLES grapples, pummels, and ends up knocking out all the despots who get in its way.