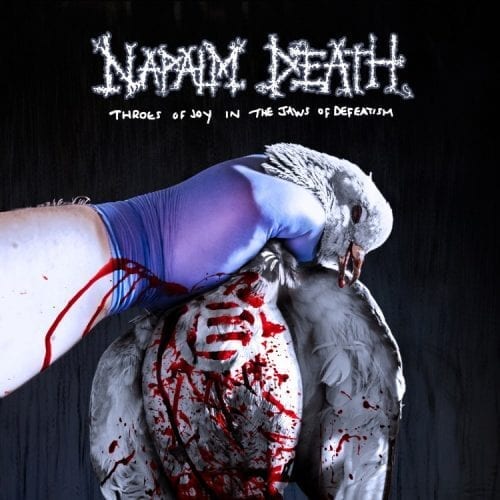 If you take the time to listen to Apex Predator – Easy Meat (2015) before Throes of Joy in the Jaws of Defeatism, you’ll immediately hear the link between the two albums. It’s as if the last track on the new album, “A Bellyful of Salt and Spleen”, completes the loop that began with the title track from the album released five years ago. Reading the album release confirms this impression, since according to bassist Shane Embury, who composed all the songs, Throes of Joy is the logical sequel to Apex Predator – Easy Meat. In this sense, the 16th effort of the band from Birmingham, England, includes everything we love about their sound: a mix of death metal, grind, hardcore and punk that detonates in all directions like a nail bomb. Napalm Death also allow themselves to slow the tempo down on “Invigorating Cluth” and “Amoral”, which reflect the influence of Killing Joke on the band. As for the lyrics by singer Mark “Barney” Greenway and Embury, they have “the other” as their theme. They denounce the intolerance, violence, and injustices inflicted on those who are considered inferior or different. If you liked Apex Predator – Easy Meat, you’ll love their newest addition. Note that the bonus version includes two covers, Sonic Youth’s “White Kross” and Rudimentary Peni’s “Blissful Myth”.