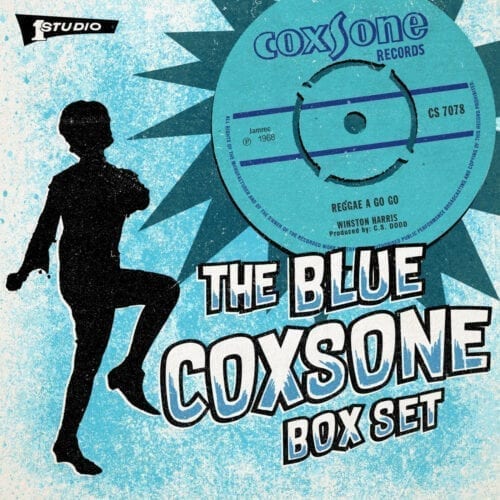 Sixteen years after the death of legendary producer Clement “Coxsone” Dodd, it’s apparent that the Studio One archives are still overflowing with rare or even unreleased recordings. Following the release of the Soul Jazz compilation House of Joy, with 15 of these rare excerpts, on Record Store Day 2017, the label returns with The Blue Coxsone Box Set, unveiling six more obscure excerpts from the late ’60s, most notably the much sought-after version of “Walk Don’t Run” by Soul Dimension, and “Neighbour Neighbour” by Joe Higgs. Interestingly, The Melodians had recorded “I Should Have Made It Up” for Studio One in 1966, when the ska sound was shifting to rocksteady, just before the legendary trio quarreled with Coxsone and went to record the great rocksteady classic, the Swing & Dine album, with rival Duke Reid and Treasure Isle the following year. Twelve essential tracks to add to your Studio One collection in digital versions, or in a limited-edition boxed set of 1,000 copies… if you manage to find one.