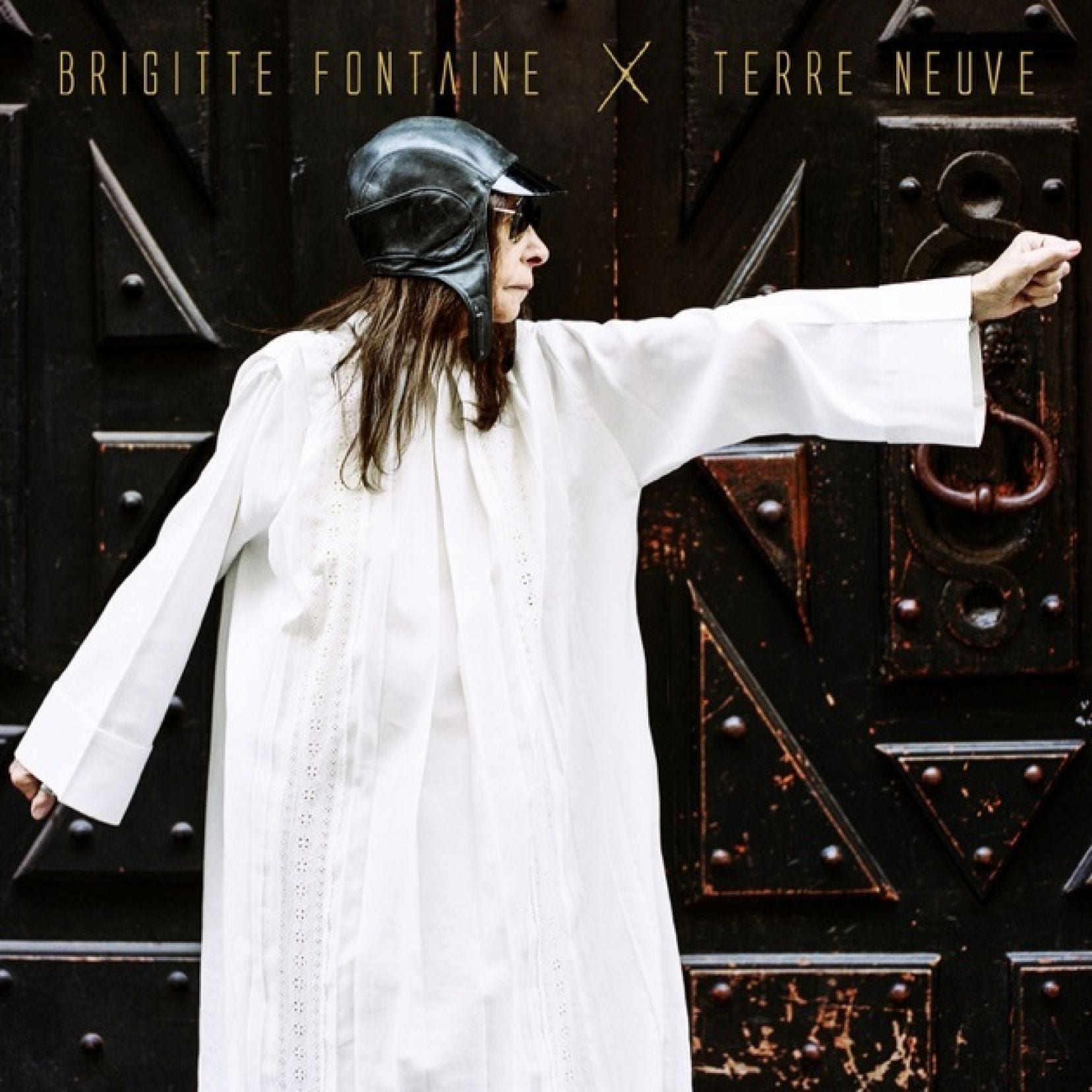 Can Brigitte Fontaine be defined? If so, how? What adjectives would do her justice? Let us dare to use two of them: liberated, and elusive. A young octogenarian, more than ever driven by the sacred fire, Fontaine has brought forth Terre neuve, a resolutely rock album co-produced by Yan Péchin and Jean Lamoot, musicians and masters of sound who once supported Alain Bashung. Areski Belkacem, an eternal accomplice, composed the music. Seventeen tracks on the programme, including four short interludes.

“Le tout pour le tout” opens this teeming offering, with Fontaine calmly declaiming in her bitter voice an extralucid statement about human limitations. On “Les beaux animaux”, a song written with the late Jacques Higelin in 1969, a twangy guitar and a bouncing bass carry Brigitte’s disquieting murmurs. “J’irai pas” is a mini anti-everything indictment. Then come the wildly contorted riffs of “Chrysler” .

If you’re looking for the album’s poetic apex, you’ll find it in “Haute sécurité”. “Ragilia” is a conclusive rereading of a piece originally featured on L’incendie, a cult album created with Areski in 1974. On “God go to hell”, a complement to “Au diable Dieu” (from 2013’s  J’ai l’honneur d’être, Fontaine’s last album), the Buddha gets called out as well. “Terre neuve”, about a flying grizzly bear, stands out for its tasty arrangements. Then, in “Parlons d’autre chose”, Brigitte speaks the words that Goethe would have uttered before his death: “mehr licht”, meaning “more light”.

In conclusion, Terre neuve is an album to be fully absorbed, for anyone who wants to become a little more liberated and elusive.