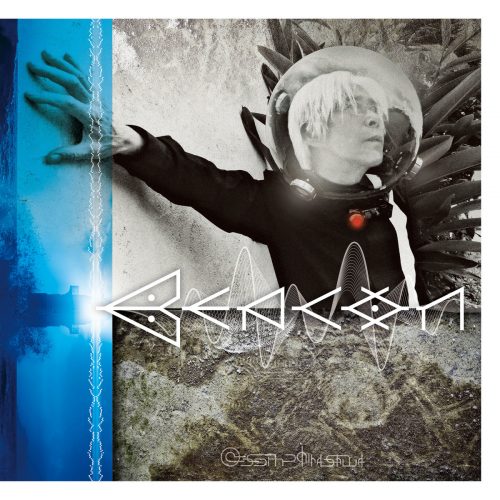 Having founded the band P-MODEL in 1979, Tokyo-born Susumu Hirasawa had become an icon of new wave and adventurous techno-pop in Japan when he set off on his solo career a decade later. It’s this material he’s best known for, specifically his unforgettable work scoring films by the late anime master Satoshi Kon, such as Paprika and the Paranoia Agent TV series. Blending monumental loftiness and poignant intimacy, anthemic earnestness and a streak of ironic, deadpan humour, Hirasawa’s sensibility has remained firmly intact over the decades, while so has his capacity to startle and intrigue with each new song. His 14th solo album indicates no diminishment in any of this. Hirasawa’s familiar melodic stylings, operatic grandeur and flights of falsetto are ever present, as his his strange yet alluring juxtaposition of martial force, playful absurdity, guileless emoting and disconcertingly unfamiliar electronic sounds. “Ghost Train”, a sort of dyslexic robot spaghetti-Western number, is a good example. The most vital factor is the sense of sympathy and optimism Hirasawa never fails to project, forever the light cutting through darkness that the album’s title suggests.