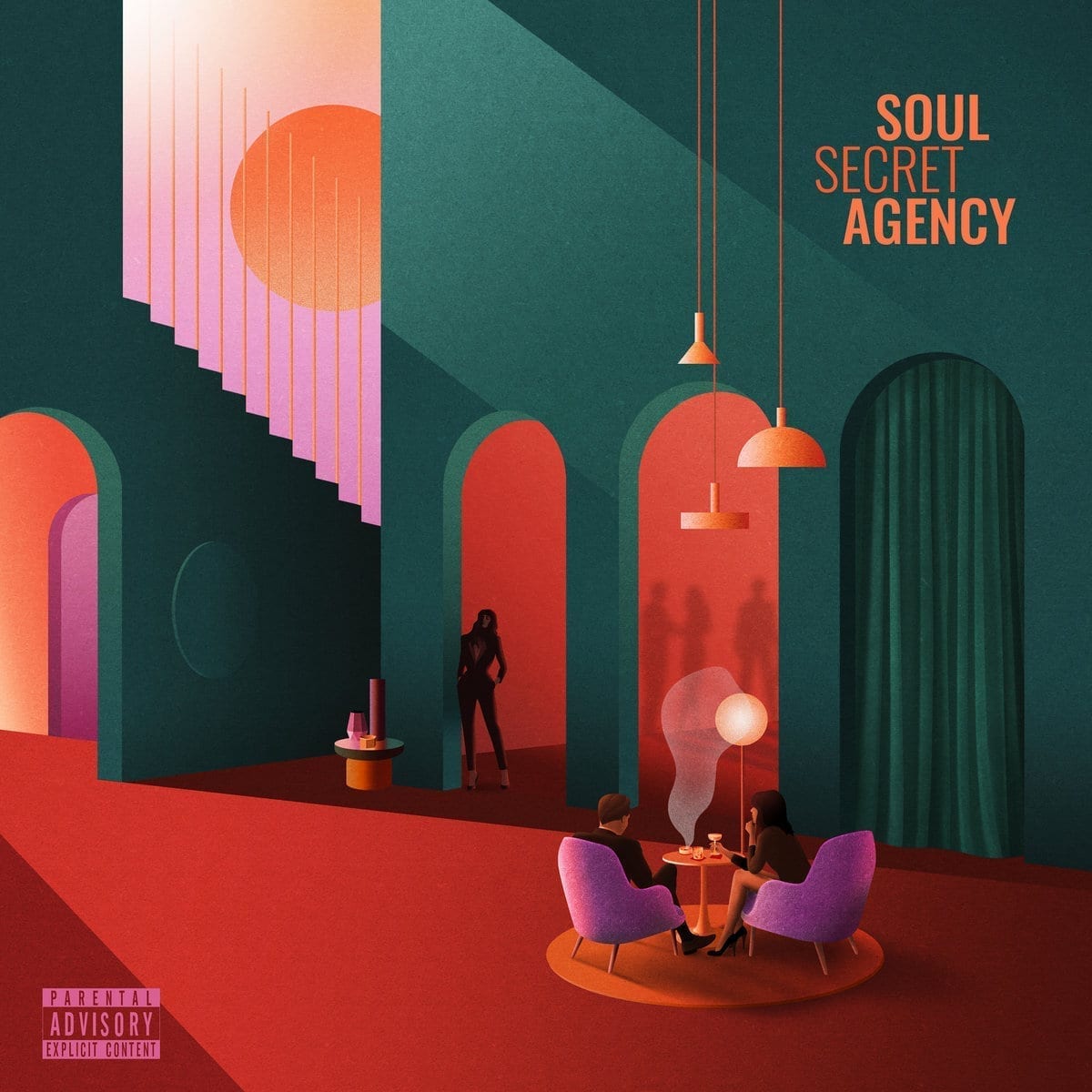 Performing its material in front of a live audience in the first quarter of 2020, Soul Secret Agency revived interest in its debut album, which was officially released in the spring of 2019 and… generally passed under the radar. Now it’s our turn to do so. The album was recorded at Hotel2Tango studio, under the guidance of sound engineer and director Howard Bilerman (Arcade Fire, Godspeed You! Black Emperor, Leonard Cohen, Pirate Heart). The Montreal collective includes director, composer, arranger and bassist Danny Trudeau, singer Abigail Galwey, guitarists Eric Lemelin and Francis Veillette (also on pedal steel), keyboardist Willis Pride, drummer Pascal Lepage and percussionist Elli Miller Maboungou. Danny Trudeau is also the regular bassist of singer Dominique Fils-Aimé, who is considered a member of the extended SSA family. She sings “Cuz I’m In Love” on the album, which she also did in the small room of M Telus last February. Clearly, both singer and musicians are seasoned professionals, with a passion for R&B, soul and ’60s and ’70s jazz groove. The “classical” playing of the performers, the use of the strings of the Esca Quartet, and the analog sound recordings give this music that retro-novo side that so many fans of these time-tested styles appreciate. The social, political, feminist, ecological and anti-racist commitment of the singer is expressed in superimposed form, which produces a curious contrast with the apparent conservatism of the music suggested here, however fervent and competent it may be. It does have the merit of reminding us that we are in 2020…