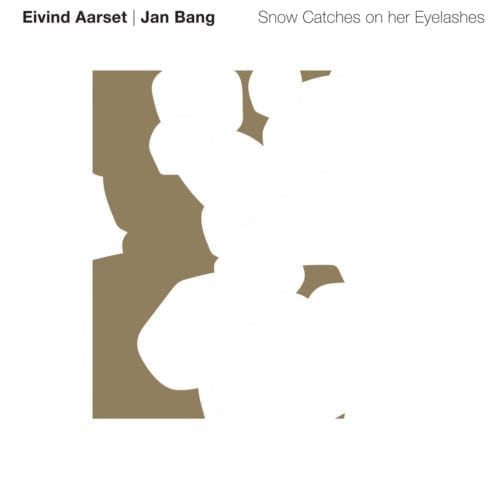 The first was discovered when he was guitarist in Nils Petter Molvaer’s band, during the Khmer and Solid Ether period, with whom he continued for a long time while attending to his own productions (Électronique Noire, Light Extracts, Connected, Sonic Codex) and numerous collaborations, with musicians from as diverse horizons as Dhafer Youssef, Jon Hassell, David Sylvian, Arve Henriksen, Tigran Hamasyan and Andy Shepard.

The latter is less well known. He too has worked with a host of musicians, some of whom are named above, and has made his share of recordings in his own name, but he is also co-founder of the Punkt Festival, a new music festival which since 2005 has been held every year in the coastal town of Kristiansand, and one of the special features of which is that most concerts are immediately followed by a live remix.

Snow Catches on her Eyelashes is in a way a sequel to the Aarset album Dream Logic, produced by Bang in 2012, but with a much more substantial sound, and this time the work is co-written.

These Norwegians have a sound universe of their own. Something dark, mysterious, introspective, Nordic in a way, that they have been patiently refining for years. One immediately notices the absence of guitar sounds identifiable as such. Instead, Aarset uses his instrument to generate textures, sonic emanations that Bang completes with his own layers and strata of atmosphere, his nebulae, arriving in waves, punctuated by all sorts of eclectic percussive accents that shine like fireflies in the night.

What is also striking is the transparency of the production. All these sounds come and go, sneak in and out, without ever making a fuss, all with finesse. It slips, it flows. There’s also the way they manage to play with space, so that sometimes it seems as if it stretches, lengthens, deepens, as if the sounds came to us from the depths of time or from a distant galaxy, as if the sound hallucinations they create were illusions, a trompe-l’oreille. Yes, these guys are illusionists, magicians.