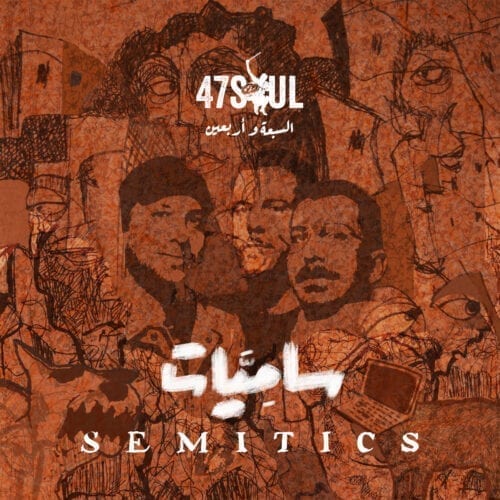 The Middle East’s access to current electro and hip-hop is inevitably influenced by leading groups such as 47Soul, a Jordanian-Palestinian collective expatriated to the United Kingdom, initiators of the shamstep style. Needless to say, the festive spirit and positive energy projected here by this excellent band can’t conceal the distress, anger, indignation, and militancy of Arab artists who grew up in the midst of great historical adversity. These common feelings characterize the fundamental approach of 47Soul, a group that’s simply explosive on stage. Very, very high-octane stuff! With Semitics, a title that sums up the angle of attack, the band has taken another step towards a transcultural approach by spiking its Arabic texts with English or even Spanish words, the lot sung, rapped, or spoken. This isn’t without preserving musical forms deeply rooted in the Levantine region; even though 47Soul is globalized, as are all the planet’s citizens of goodwill, it remains close to its ancestral popular forms and traditional rhythms. One thinks in particular of the use of the mijwiz, a wind instrument typical of the region which sets the tone for this electro update of the dabkeh, a folk dance known to all the inhabitants of the Levant. Add to this energized mix are contributions from rappers and musicians Lowke, Fedzilla, Shadia Mansour, The Synaptic, and Hasan Minawy. This is without a doubt one of the driving forces of the new Middle Eastern music, connecting with the West and Latin America.