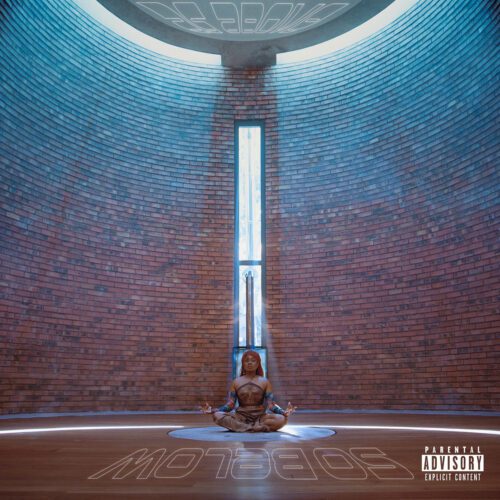 Since the release of her excellent mixtape “Birds and the BEE9” in 2017 and the equally inspiring album “The Return” in 2019 (Ninja Tune), Tanzanian artist Sampa Tembo has been known as Sampa the Great. The imperial pomp of the moniker is justified here, given the influence and reach of this African rapper and singer, transplanted to Botswana, California and Australia before returning to Tanzania during the pandemic. Very critical of the Australian music industry in which she became a star, Sampa the Great fully assumes her aesthetic leadership of southern African neo-soul / hip-hop by returning home. On “As Above, So Below” (Loma Vista), she makes a clear statement about her Africanness, and a quest for inner balance after so much displacement as a citizen of a poor country. Sampa Tembo’s poetic rhetoric covers all her states and aspirations, she can be soft or scathing, her posture can be critical or spiritual. Moreover, she expresses here the paradox of being a star and an internationally recognized artist and having to deal with all the third world handicaps, she notes the increased difficulties, the under broadcasting and her pride to rise above the fray.  The mix of cultures is remarkable in her still young discography. She calls upon the best of African-American hip-hop (Denzel Curry, Joey Bada$$) or Afro-British hip-hop (Kojey Radical), she also welcomes artists from her native continent, such as Zambian beatmaker and producer Mag44, Afro-jazz artist James Sakala, rapper Chef 187, neo-soul singer Mwanjé (her real sister) or Beninese panafrican star Angélique Kidjo. The balance reached between soul/hip-hop music from the West, Afro-Caribbean music and popular music from Southern Africa mixed with zamrock, afro-jazz, afrobeat or afrobeats, make the specificity of Sampa the Great, most definitely a new dominant artist of our planet sound.