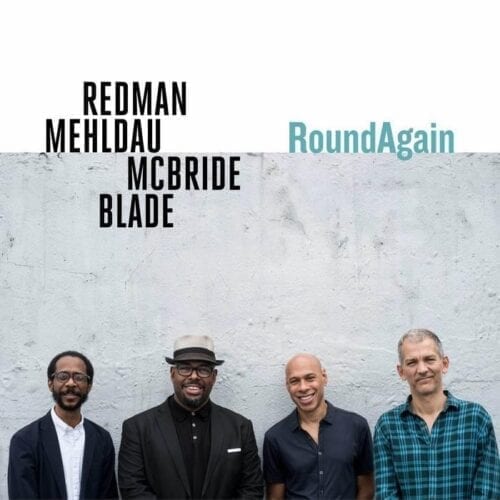 Joshua Redman (saxophone), Brad Mehldau (piano), Christian McBride (double bass) and Brian Blade (drums). A lineup to make any normally constituted contemporary jazz lover salivate. The new supergroup of the moment? Not quite. The four giants recorded the album MoodSwing together in 1994 under the banner of the Joshua Redman Quartet. Twenty-six years later, the fruit of their reunion, entitled RoundAgain, bears four equal signatures.

The quartet pick up where they left off last century. The compositions that these four old pals put forth are still at the very centre of the jazz spectrum. They can’t be categorized at the avant-garde fringe of the genre, but their propensity for putting themselves at risk means they can’t be called mainstream musicians either.

RoundAgain benefits from the experience that each of its protagonists has acquired on their own in the last decades. Moreover, the programme, which includes pieces composed by each of the players, allows an appreciation of the personal colours that each brings to the picture. Thus, while the cerebral polyrhythms of a piece such as “Moe Honk” bear the recognizable signature of Mehldau, Redman’s softer compositions place greater emphasis on melody. The more traditional “Floppy Diss”, on the other hand, is a blues the way McBride likes them so much. Blade, for his part, wraps up RoundAgain on a more atmospheric note with the splendid “Your Part To Play”, one of the highlights of the record.

Between the spiralling notes emitted by Mehldau on Redman’s efficient “Undertow” as an opening, and this sublime conclusion, these four luminaries of today’s jazz take us somewhere in a very pleasant way!