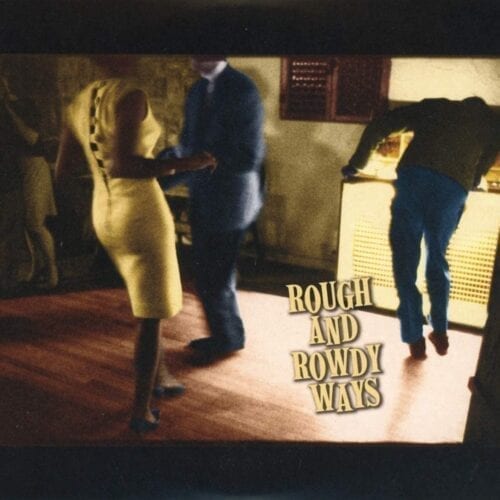 On “Desolation Row”, in 1965, Bob Dylan dragged us for 11 minutes through a Felliniesque menagerie, where Einstein was disguised as Robin Hood. Two years earlier in Dallas, John F. Kennedy had been “shot like a dog in broad daylight”, as Dylan claims in “Murder Most Foul”, a torrential 17-minute lament featured on Rough and Rowdy Ways (a title derived from “My Rough and Rowdy Ways”, a 1929 song by Jimmie Rodgers), the first collection of fresh songs by the Bard of Duluth since Tempest, in 2012. It is now almost 57 years after the fateful parade, and Dylan looks back on this turning point in his country’s history, the beginning of a “long putrefaction” that remains ongoing. So, ten new songs from Dylan, including some very dense ones like “Murder Most Foul”, equals hundreds of hours of exegesis for dylanologists of all stripes.

“I Contain Multitudes” is not a variation of the verse “my name is Legion, for we are many”, but rather a laudatory ballad – like “My Own Version of You” – in which Dylan spins reminiscences. “False Prophet”, “Goodbye Jimmy Reed”, and “Crossing the Rubicon” are carnal and cerebral blues. The tune of “I’ve Made Up My Mind to Give Myself to You” is modelled on “Barcarolle” from Jacques Offenbach’s Tales of Hoffmann. “Black Rider” is an indictment, in the form of a serenade, against a doppelgänger. “Mother of Muses” is a gospel from the old countries. “Key West (Pirate Philosopher)” is a sailor’s shanty in which Bob says he was born on the wrong side of the railroad tracks, “like Ginsberg, Corso and Kerouac”.

Dylan, as he has often reminded his interviewers in the past, is neither a guru nor a messiah, nor a prophet, nor a philosopher, although he was, or still is, a bit of all of those things, in spite of himself. Dylan is first and foremost a writer. And a musician, certainly, perhaps incidentally. But his art, which he has pushed to heights that very few of his peers will ever manage to reach, is that of the chronicler. His autobiographical goodie bag Chronicles: Volume One can be read as one listens to his songs.

Rough and Rowdy Ways is a literary achievement. And musical, because the Bard’s accompanists – über-veterans Tony Garnier and Charlie Sexton as well as the whole troupe – are devilishly familiar with their boss’s sometimes dishevelled modus operandi, and their nuances magnify the congruence of the words. Dylan’s voice, so moving in its bitterness, remains strong, like the movement of the ocean. Robert Zimmerman, better known as Bob Dylan, turned 79 years old on May 24.