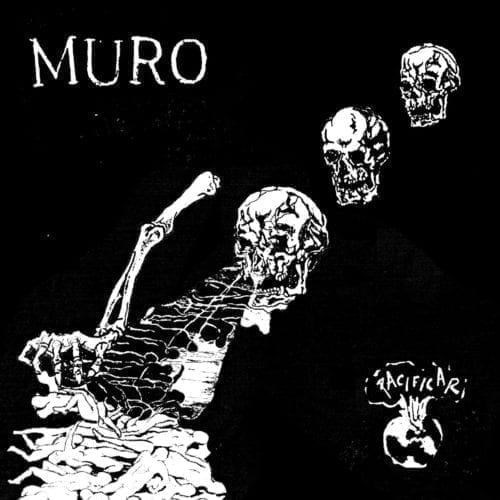 Originally from Bogota, the band that started out in 2017 quickly gained a solid reputation on the international punk scene with Ataque Hardcore Punk. This first opus revealed the quartet’s colours with ferocity, but it was more during its numerous tours abroad that its extraordinary magnetism was brought to bear. Indeed, Muro succeeded in developing an impressive audience base of devoted fans that way. It goes without saying that this second album was eagerly awaited, and its abrasive 22 minutes are up to expectations.

Spread over 11 short tracks, Pacificar renews the band’s formidable lo-fi hardcore. Its gritty and violently engaged aspect pledges allegiance to the raw sound of UK82 and sometimes comes close to D-beat. The desperate atmosphere is valiantly provided by seemingly tireless musicians whose hypnotic structures, full of subtleties, take no shortcuts. The vocal charge galvanizes the rhythms with screams through which Latino verve shines with guttural depth. The closing track “Mundo Infesto” even takes on a prophetic air in these times of pandemic.

Muro thus validates its star status with this flagship work of contemporary hardcore. Without claiming to renew the genre, his musicians project heat that can’t leave anyone indifferent. Their music is dense, martial and in every way euphoric. No surprise that the band destroys everything in its path. To discover, if you haven’t yet had the chance to be at the volcanic center of its mosh pit.