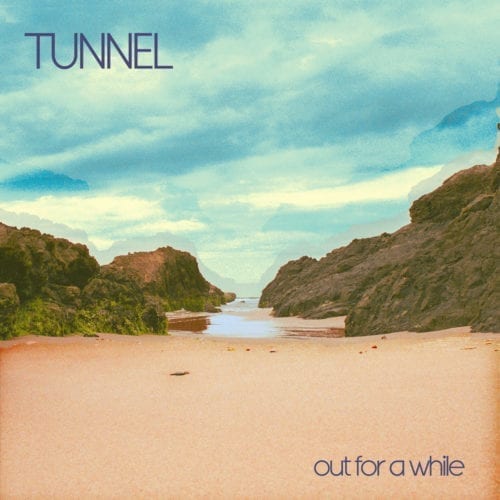 Progressive rock has a broad back, and it’s more common nowadays to pretend to hate it (as Radiohead members do, for instance) than to claim it, as the Tunnel duo does (and they probably don’t hate Radiohead). Drummer Kevin Warren has appeared in the Orchestre National de Jazz de Montréal and with saxophonist Yannick Rieu, among others, and guitarist François Jalbert, an emulator of Django Reinhardt, distilling gypsy jazz with his own combo. Note that this double winner of the Grand Prix de Guitare de Montréal, presented as part of the Montreal Jazz Fest, earned a master’s degree in jazz composition at McGill University. Like that, I’ve just written the word “jazz” four times, compared to only once for “rock”, and that should give you a bit of a heads-up. But after all, is that so important and… what’s in a name?

The duo released a first EP, entirely instrumental, in 2015, and two of the pieces gathered here were released separately in 2018. So they’ve been working on this album for a while now, on which Kevin Warren sings a few songs in a vaporous voice. Several guests join Warren and Jalbert this time: Lex French (trumpet) and France Basilic (bass) inject a big dose of funk into “Qualité Camping”, Mélanie Bélair does the string arrangements on two pieces, and Rémi-Jean Leblanc plays bass on two others. Also present here are the voices of Erika Angell (Thus Owls), on “Falling First”, and Lisa Iwanycki-Moore on the title track, which help adjust the colour of the mélange. With a touch of Tom Waits on “420”, and a lot of Atoms For Peace-ish Thom Yorke in “Save You”, at the end, it starts to sound like this other track on the album’s title, a kind of “Pizza hawaïenne” (nice piece by the way, very evocative).

There’s a certain restraint throughout the album which dampens enthusiasm a bit, even though the musicians’ playing is flawless, but the programme’s varied, so there’s something for everyone – as long as you like pineapples.