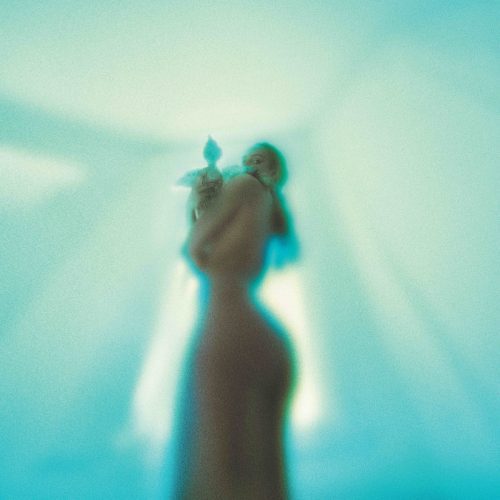 Ouri has drawn attention for a few years, for the work that she has been pursuing since her studies in electroacoustics at the Université de Montréal, as was the case for her former colleague CrI. Ourielle Auvé was freshly arrived in Quebec from France and French Guyana. We recently applauded the excellent collaborative album Hildegard, produced in concert with her songwriter colleague Helena Deland. Frame of a Fauna is somewhere between friendly electro, mixed with vocal melodies and soul/R&B harmonies, chamber pop and also typical electroacoustic research experiments. Thus, Ouri chooses to put soft vocals and minimalist lyrics onto rhythms suitable for the dancefloor, technoid, housy, trap or drill. In her own way, she adds interludes made of chamber-music effects, rather elementary constructions. This balance between pop and experimental forms occupies an important intermediate zone, it is the dominant corpus of festivals such as MUTEK, many artists have been taking this same direction for a while now, one thinks of Alejandra Ghersi (Arca), Kelela Mizanekristos (Kelela) Daniel Lopatin (Onethrix Point Never), Kieran Hebden (FourTet), Daniel Snaith (Caribou), Olof and Karin Dreijer (The Knife, Fever Ray), Nicolas Jaar, Steven Ellinson (Flying Lotus). Frame of a Fauna is part of a relatively conventional movement for those who know its multiple sources. This doesn’t take anything away from Ouri, because she manages to pull her weight by offering a personal vision of this now well-known avenue.