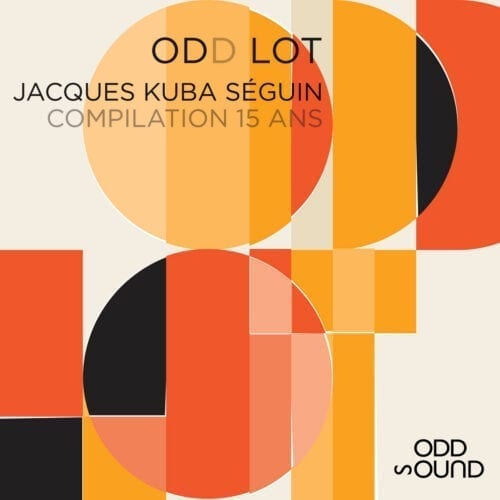 Odd Lot, which means to fly away in Polish, is the name of the first ensemble of composer and trumpet player Jacques Kuba Séguin, founded 15 years ago. Yet jazzophiles know too little about this group, hence the beauty and usefulness of this compilation of seven pieces from Odd Lot’s three albums – some of which, from the first album, have been remastered for this commemorative release. The interest for Odd Lot’s recording projects lies in the integration of traditional tunes from Eastern Europe and the Balkans, sometimes celebratory, sometimes disconsolate. On the jazz side, Kuba Séguin is inspired by the golden age of modern jazz, from hard bop to the first forms of funk (the Horace Silver era), while opening his horizons to more unbridled and contemporary music, in addition to borrowing harmonic concepts from modern Western music of classical tradition. This Odd Lot compilation is also an opportunity to highlight the collaborations of the trumpet leader, imaginative improviser and rigorous performer – The main contributors are drummer Kevin Warren, pianist and keyboardist Jonathan Cayer, and singer Doba (former member of Dobacaracol), along with Jean-François Ouellet (alto and baritone saxophone, clarinet), Sean Craig (tenor saxophone), Jean-Pierre Zanella (alto sax, flute), André Leroux (tenor sax), Jean-Olivier Bégin (trombone), John Dodge (tuba), Martin Lizotte (keyboards), Richard White (electric guitar), Joseph Marchand (guitar), Zack Lober, Frédéric Alarie,  and Adrian Vedady on double bass, Robbie Kuster and Max Sansalone on drums. This is certainly one of the important nuclei of Montreal jazz. Let’s hope Jacques Kuba Séguin continues in the Quebecois-Polish vein from which he comes.