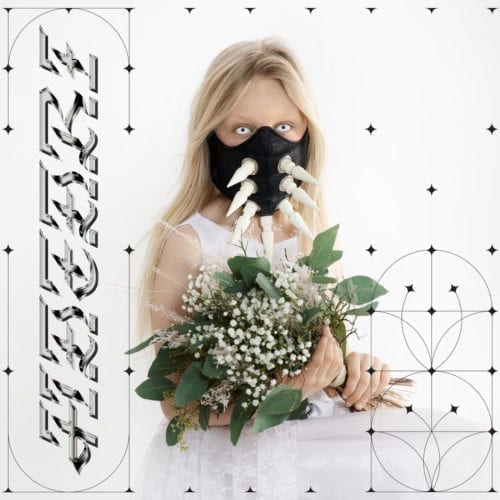 From the introductory growl that Matthías Tryggvi Haraldsson emits without warning, followed by martial rhythms that are no laughing matter, it’s clear that Hatari is aptly named: it means “hateful” in Icelandic. This bellicose aspect catches one’s attention immediately. However, the band gradually reveals its complexity.

Added to this already motley cocktail are four collaborative tracks that are odd at first listen, but all ultimately successful. “Klefi/Samed”, with queer Palestinian artist Bashar Murad, was first released a few days after their performance at Eurovision. On “Hlauptu”, with the Icelandic female rap trio CYBER, the magic still works, between the more swaying beats, Haraldsson’s grunts and Hannigan’s lyrical leaps. The same goes for the disturbing “Helvíti” with the rapper Svarti Laxness, and then for the ample and captivating “Niðurlút” with R&B singer GDRN. Not to forget “Spectavisti me mori”, a solo interlude masterfully conducted by violinist Pétur Björnsson.

With its arch and eclectic theatricality, Neyslutrans is one of this year’s must-have albums.