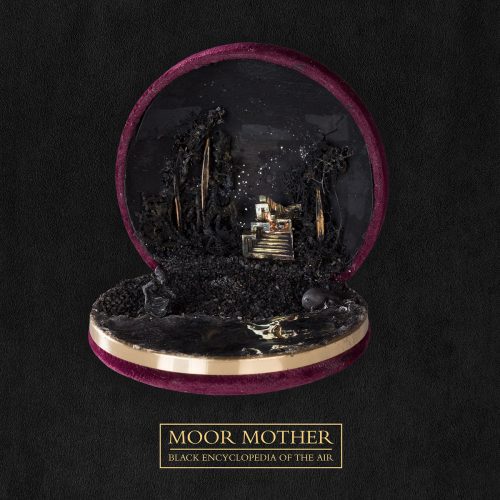 Those who have crossed paths with Moor Mother know that her words do not leave one unscathed. Born Camae Ayewa, the Philadelphia-based activist and poet wields the spoken word like a sword to cut through the lies of an America where, more often than not, Black citizens must take a back seat. Until now, she has laid down her martial poetry on musical frameworks from the avant-garde: combat jazz within the Irreversible Entanglements formation, noisy electronic explorations when solo, collaborations with masters of free music such as Nicole Mitchell and the members of the Art Ensemble of Chicago… She evolves far from the marked paths. Today, with Black Encyclopedia of the Air, she seems to want to get closer to more frequented paths. The post-industrial explosions have given way to sounds inspired by jazzy rap or trip-hop, the rhythms are less chaotic, and some of the tracks on the program adopt more easily identifiable song structures. Does this mean that Moor Mother has made compromises in order to reach a wider audience? Not necessarily. While she admits she misses the days when the average American teenager listened to Rage Against the Machine and Public Enemy—bands that were as revolutionary as they were elaborate—her new album, concocted with the help of Swedish musician Olof Melander, contains no unifying choruses, no anthems that will get crowds to raise their fists. Hip-hop artists like Pink Siifu, Lojii, Elucid and British MC Brother May all make guest appearances, but Ms. Ayewa’s vision of rap remains radical and non-conformist. Moor Mother is definitely not diluting her wine with water, but rather adding new colours to her palette.