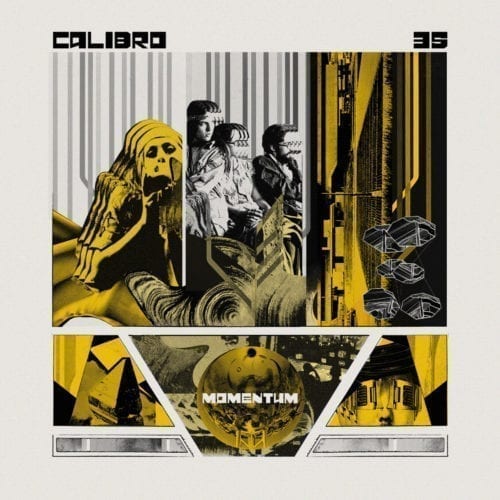 Cinematic funk is how the members of Calibro 35 describe their music. And rightly so, because since its foundation in 2007, the Italian band has been creating soundtracks for real and imaginary films. Inspired as much by the work of their illustrious compatriot Ennio Morricone as by blaxpoitation productions, these Milanese have created music rich in irresistible grooves and colourful arrangements. Used by Hollywood and sampled by rappers of the calibre of Dr Dre and Jay-Z, these have turned many heads.

With Momentum, his seventh album in their career, Calibro 35 once again create atmospheres worthy of gangster movies. There will be cops, guns, and cars. Things get off to a flying start with “Glory-Fake-Nation” and its hip hop rhythm. The impressive work of drummer Fabio Rondanini is also worth mentioning, the rhythm section he forms with the bassist Luca Cavina sets the scene on fire. Thanks to them, the vignettes created by Calibro 35 acquire a dynamic that makes them anything but decorative.

They are full of nods to the past and are also rooted in the twenty-first century. Yes, the spirit of Morricone is present throughout Momentum, but the frequent use of electronics and the presence of rappers on two of the album’s best tracks set the stage for the story Calibro 35 tells us in a fictional era, at the crossroads of retro and futurism. Enjoy with or without popcorn.