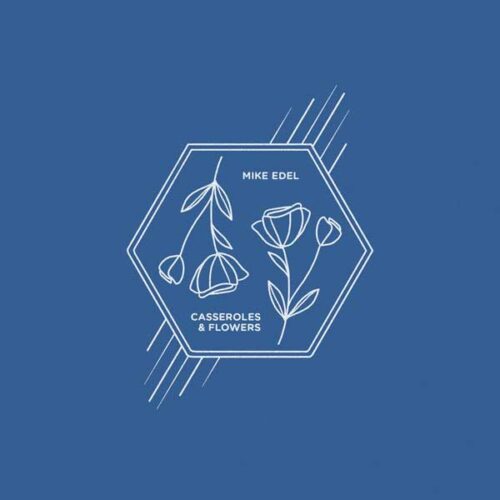 Hailing from Victoria, BC, singer-songwriter Mike Edel returns with his fourth LP, casseroles & flowers (2022, PENNANT). Created alongside an accompanying documentary film, Edel and collaborators Cumulus and The Carlines have assembled a soulful and touching album that explores the themes of near-death experiences, enduring love, and acceptance of things as they are.

casseroles & flowers features several sombre numbers that often break into moments of joyful, musical catharsis. A great example of this is on ‘domino’, a song about Edel’s survival and recovery from a stroke. Despite the subject matter, Edel’s positivity shines through. Bright, open chords overtake the initially sad melody, giving the song a resounding optimism.

“love me the same” is more upbeat (and an album highlight), blending influences such as Harry Styles, The 1975, and Dan Mangan. It’s simple, but not lacking in depth. And like most of the album, this track’s refined sound gives it forward momentum and a certain irresistibility.

A soulful, solo aesthetic works for Edel’s sonic brand, but his voice shines brightest amongst harmonies, such as on “casseroles & flowers” and “on to something.” Some parts could have been taken a step further, in terms of complexity. This is often true for Edel’s vocals, which can lack variation, becoming predictable towards the end. More vocal crescendos near the top of his range could have gone a long way in emotionally propelling songs through to their ends.

Overall, Edel’s latest work is some of his finest – reflective, sentimental, and sometimes downright dramatic, it’s a beautiful arrangement of songs that clearly come straight from the heart – and it shouldn’t be missed by lovers of the genre.