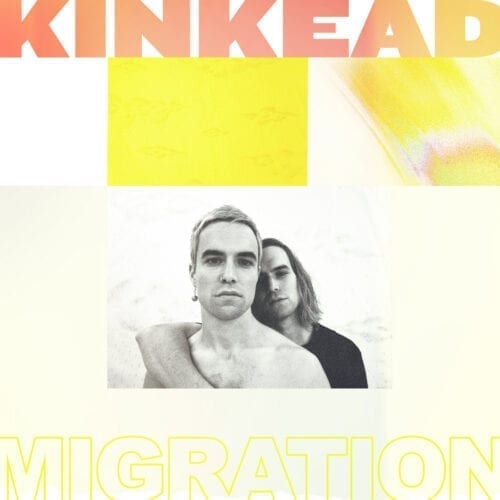 As autumn 2020 gets colder by the day, a pair of twins from Quebec City arrive with a warm album. With a quarter century of activity and a Scottish surname, Simon and Henri Kinkead have co-written 10 songs in which they tackle the question of their sexual identity, in an uncomplicated pop-funk mode (or folk, on “Reality Show”).

“The art of success is knowing how to surround yourself with the best,” said the late Irish-rooted president John Fitzgerald Kennedy, a maxim that our twins applied when they entrusted the production of their first full-length album to Simon Kearney, a fellow singer-songwriter (also of Irish extraction) from Quebec City. Kearney also plays keyboards and guitar on Migration, while Marc Chartrain (Les Chiens, Pascale Picard, Patrice Michaud) manages the drums and Nathan Vanheuverzwijn (Dominique Fils-Aimé, Jérôme 50, Émile Bilodeau) other keyboards.

The Kinkead brothers refined their lyrics with the help of the ineffable Jérôme 50 and Simon Lachance (Raton Lover). The music fan isn’t surprised to learn that Jean-Bruno Pinard was behind the mixing console for Migration, as Pinard had done the same for La nuit est une panthère by Vincent Roberge, alias Les Louanges. This Quebec sound fraternity also includes Hubert Lenoir, notable for the hit “Atomic Suzie”, and – let’s go back 40 years earlier – Gilles Rivard, creator of tasty albums at the time, blending pop, soul, and funk .

After a few listens, the music fan comes to the conclusion that Migration’s string of songs is sweet in almost every respect. Almost, because the millennial mania for inserting non-conjugated English verbs into their French ticks this music lover off more than ever. A sin to be classified as venal.