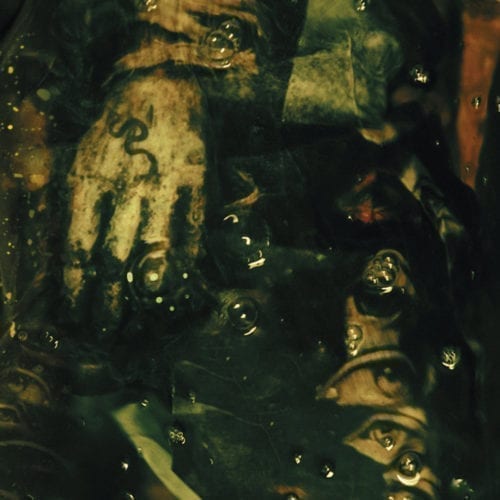 Over the last ten years or so, Oranssi Pazuzu’s music has gradually moved away from the more traditional black metal, as the Finnish band has always shown openness and a marked interest in exploration. The atmosphere on their most recent album, Mestarin kynsi, is as dark as black metal requires, but remains strongly tinged with a psychedelic quality that gives the impression that the band has smoked an entire branch of the SQDC, furniture included. The result is a dizzying sensation of weightlessness and the impression that time is expanding. Noises come from all sides, propelling us into an uncomfortable and anxiety-provoking astral journey that we don’t want to interrupt.

Breathless? Yes. Intoxicating? Even more so. Wah wah, echoes and other hallucinogenic effects, synthesizer drones, various noises and sudden decelerations make us doubt our sanity. Krautrock, avant-prog, noise-rock and even Middle Eastern influences are mixed together and then savagely spit out through a sort of black metal that can be identified above all by the tortured vocals and some riffs more representative of the genre.

The execution is perfectly mastered, but never gives in to complacency. The abundant synthesizers drop us in multidimensional landscapes with infinite depth. In this respect, the recent arrival at Nuclear Blast with this offering probably allowed the band to give itself the means to achieve its ambitions. The production and mix are breathtaking, giving life to the many layers of sound that are superimposed without respite.

Even if the album remains spare in terms of purely metal passages, the atmosphere allows the band to remain faithful to what has defined the genre since the beginnings of Black Sabbath, another band that didn’t shy away from psychedelia. Their previous albums already revealed extraordinary music, but Mestarin kynsi is an absolute success.