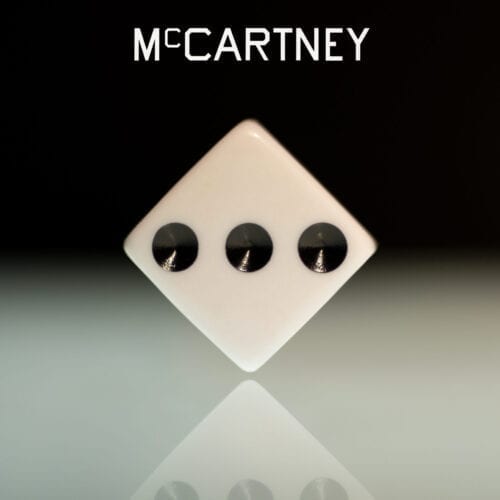 Like all of us, Paul McCartney had to deal with quarantine in 2020, so he began recording in his personal studio. Entirely conceived by the one-man band, McCartney III follows in the footsteps of two solo projects completed in 1970 and 1980, after the Beatles and Wings respectively were disbanded. The first of these three one-man-band projects heralded the aesthetic sequel to the Fab Four, followed up with the memorable RAM. A decade later, he bundled himself up with synths to record McCartney II, which was in itself an editorial stance in the electro-pop era. Here we are four decades later and Macca still wants to communicate know-how, great mastery, and emotions: acoustic sessions, soul groove (“Deep Deep Feeling” is superb!), rock, country-folk, allusions to his Indian periods, typical beatlesque pop, in short, everything that characterizes his work. This time, no band dissolution precedes the process, the preventive isolation of the pandemic is the determining factor. We learn little from the composer, melodist, multi-instrumentalist, director, clearly the best musician of the Beatles whatever we think of his lyrical talents or his ideological and moral positions. In 2020, he was content to be himself with the resilient voice of a septuagenarian in full possession of his means. He plays all the instruments (electric and acoustic guitars, bass, piano, organ, keyboards, synths, drums, flutes, machines) and has recorded and mixed everything himself, electronically modifying certain takes. In short, he recycles his best recipes while retaining the fervour essential to any pop composition. What more could you ask of a 78-year-old man who remains so vital? We are never far from the model, that must also be underlined. The coarseness of the relatively rough mix gives this recording an eminently sympathetic pop crudeness, which can be an advantage for Macca who wears his small flaws in the twilight of his existence, nevertheless deploying the know-how of a true pop Yoda.