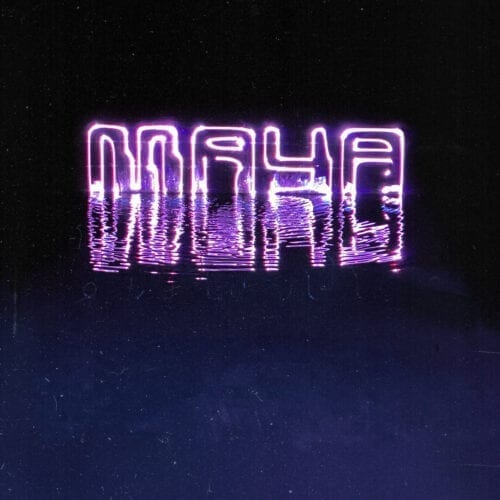 Creativity is one thing; Brad Paisley writes good songs. Unbridled musical imagination, like a Naked Lunch in notes, is another. John Frusciante has practiced both, with Red Hot Chili Peppers and solo. Letur-Lefr (2009) explained why he had to leave his “mainstream act”, which appears quite mundane in comparison. Maya is in another category, that of the referential exercise, which Frusciante practises under the alias Trickfinger.

It’s easy to overlook the fact that Frusciante is only 50 years old. A true generational guitar talent, he started out in RHCP as a teenager, going straight from his bedroom to the arenas. We suspect he wasn’t listening to Use Your Illusion when he was 20. Maya is a forceful homage to the breakbeat scene of the early ’90s: Aphex Twin and The Prodigy, with echoes of Roni Size, DJ Krust, Chemical Brothers, and The Crystal Method.

Frusciante applies his talents as a sonic sculptor to Maya. On Stadium Arcadium (2006), he refined his technique of signal processing (his guitars, in this case) through modular synthesizers. The mix is relatively bare, cold and cerebral, singularly devoid of groove. The instrumentation (including what were once guitars) is at points magnified, at others distant, a technique prized by Frusciante and borrowed from George Clinton. Minimoog bass à la John Carpenter and ’70s-style “random notes” are combined with the latest sampling and digital saturation techniques.  Sonic references from the ’80s (polyphonic synths with triangular waves and arpeggiators) and the oughts (vocal samples, Moby style, with a strong use of ring modulators) are used.Maya exudes retrofuturism; where a lesser mind would have made a pastiche, Frusciante offers us a glimpse of how this repertoire will be revisited in ten years.