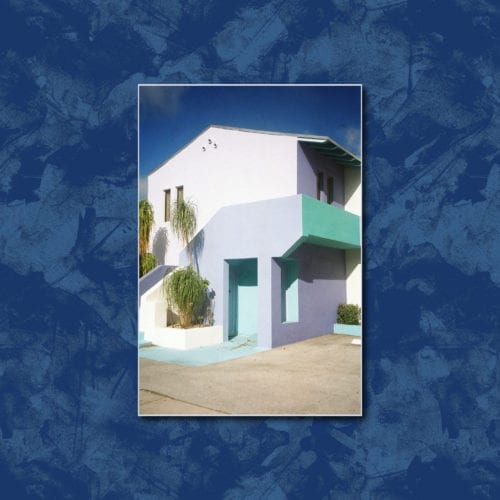 New York is still a breeding ground for talent and cross-culturalism. DJ Python is one example. Brian Piñeyro, a Queens resident with Ecuadorian and Argentinean origins, has built a musical heritage by mixing his Latin roots and current electronic approaches, from the Florida reggaeton scene to the IDM typical of the Warp label (Autechre, Boards of Canada), DJ Python draws inspiration from as many different genres as cultures. His music is difficult to circumscribe, Piñeyro having invented his own style, “deep reggaeton”, which Mas Amable brilliantly illustrates.

Compared to his last albums, Dulce Compañia and Derretirse, Mas Amable is a blueprint. The musical assemblages are unexpected and Piñeyro pushes his creativity to the limits of the genres. Over the eight tracks, the palette is simplified: sometimes balearic, often tropical, always techno, Mas Amable starts on insular silences (“Te Conoci”) that are torn by percussions and deformed by with moisture and softness (“Pia”, “Alejandro”). It’s 48 minutes of non-stop house like a hat-trick. The rhythm is ample with melodic flashes (“Descanse”) but it always takes its time, which is rare among current productions. There is audacity, the pads are hypnotic without being overwhelming, and change tone (“ADMSDP”, with LA Warman). The melodic layers are never jarring or out of tune. Yet one can’t say that the composition is minimalist, melancholic or ethereal. The tone breaks come from unpredictable scales, giving the atmospheres of the first tracks an accidental harmony. There is no easy musical outs, except an incredible groove, on Mas Amable.

Mas Amable is a real sazon, according to Piñeyro’s remarks: inimitable, a recipe without recipe, it’s a mixture of spices that surprises and fascinates.