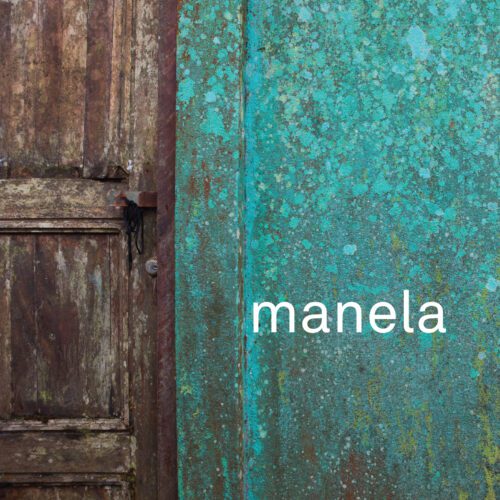 This Éphémère album from Manela quartet is a nice surprise. The name “Manela” is made from the first two letters of each name of violinist Marie-Neige Lavigne (Cordâme). This is a jazz quartet tinged with rock and world sounds (Indian, African, gypsy music, etc.), sparingly distilled through the album’s original compositions (all by Marie-Neige, except for one track by Don Cherry – Solidarity).

The integration of genres is organic, natural, and original. It’s skilfully woven, not hastily patched together like other crossover ventures. A spirit of synthesis emerges that benefits from the sure musical instinct of the violinist, the generous leader of a sound universe where the communicative lyricism of the classical instrument flies on a cushion of propulsive and sustained rhythms (Jean-Félix Mailloux on double bass and Pierre Tanguay on drums). The ingenious sparklings of Bernard Falaise’s electric guitar bring color, light, and voltaic energy to the ensemble.

Without spreading herself too thin, the composer nevertheless manages to create well-characterized atmospheres in each piece. In Lost Child, for example, we find ourselves in front of a Hollywood-style Panavision set in which a band of Gypsies rides through the Sierra in pursuit of a stagecoach thanks to a vaguely Eastern European rhythmic verve on which Falaise’s Morriconian vibrations are sprinkled. Or, for example, Pakora, which invites the listener to a pleasant stroll through a Delhi market.

All these evocations are subtle but identifiable. They never overwhelm the general feeling of originality or overshadow the identity of the compositions, which are above all contemporary in their mix and jazz in their expression.

A few impressionistic tones add a final touch to this highly successful opus, which promises a very interesting creative future for Marie-Neige Lavigne. The artist has a solid academic background and has long been a regular on the contemporary avant-garde scene and that of Musique actuelle.

Here she frees herself (at least on record) from her role as the titular violinist of Cordâme, the baby of her colleague and life companion Jean-Félix Mailloux, while offering a complementary alternative to the more classical chamber ensemble, but just as full of eclectic influences. On stage as in life, a healthy couple expresses itself in pairs, with voices that are autonomous but know how to resonate in complementarity.

Manela will perform Éphémère as the opening act for the launch of Cordâme’s Ravel inspirations, on April 1st at Gésù, in Montreal!

Marie-Neige Lavigne obviously has a communicative and pictorial streak. Let her be entrusted with a film soundtrack ASAP!