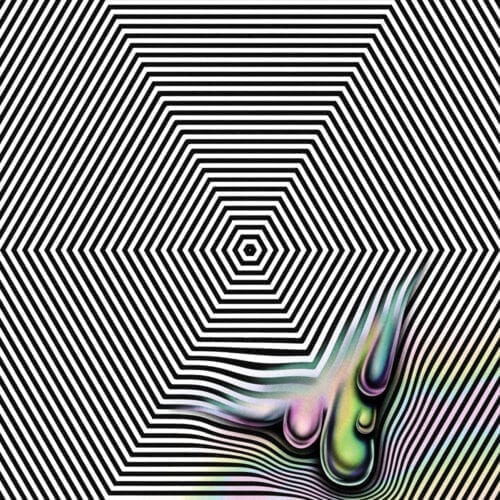 Perched at the top of the electronic pyramid, one of the most striking efforts of the current period, the work of Daniel Lopatin, aka Oneohtrix Point Never, is negotiating a turning point. For at least 13 years, music lovers have been reveling in his sound design, notably the titles Replica (2011) and R Plus Seven (2013), not to mention the soundtrack to the dark thriller Uncut Gems (2019). This Magic Oneohtrix Point Never, his ninth studio album, could prove to be the major turning point in a career that has so far been spent with specialized audiences such as MUTEK and SONAR.

Lopatin has repeatedly seduced us with the balance achieved between experimental quest and melodic-harmonic beacons known to all. This time, however, the two axes of his work are at a more important crossroads: we see the insertion of even more pop tunes, an insertion magnified by the participation of Canadian superstar The Weeknd (Abel Tesfaye), but also of Arca, Caroline Polachek, Nate Boyce, and Nolanberollin.

Is this migration going smoothly? This is an important question to ask: when an artist associated with the avant-garde knowingly softens their proposals, they wield a double-edged sword. The challenge is to satisfy a loyal audience and also to increase influence by piquing the curiosity of music fans who are inclined to the forms accepted by pop culture. In this case, it can be said that the American creator’s wager has a good chance of being won, since the pop and avant-garde components of Magic Oneohtrix Point Never feed off each other without any hint of putrefaction. The guest artists serve OPN’s kaleidoscopic proposals, and not the other way around.

These pop details flesh out a very personal, even self-referential work, a synthesis of a rich journey carried out against a backdrop of planetary disturbances and acidic reflections on American culture, no need to rename them. Computer manipulations, extracts from radio broadcasts, shifts of repeated motifs, and textural discoveries thus assume more convivial airs. Here we are at the forefront of a sound aesthetic that could become established for good in popular culture, for better or for worse. Until then, enjoy it for what it’s worth.