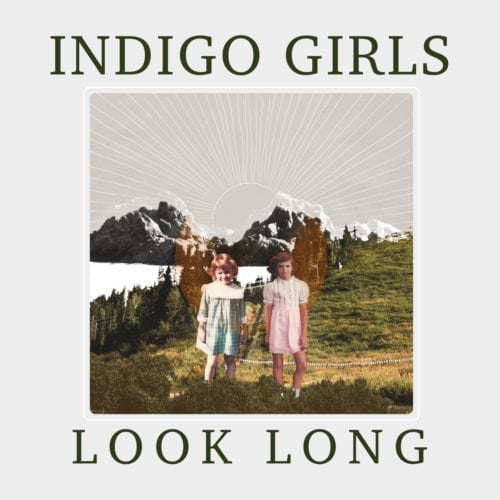 At the time the duo Indigo Girls formed in Atlanta, Ronald Reagan was about a quarter way through his second term. Five presidents later, Emily Saliers and Amy Ray are still in the saddle with an enviable and prolific career. The Girls’ sixteenth studio album, Look Long, is full of personal and universal themes, often in an engaged mode, with just the right amount of contemplation and nostalgia. In keeping with their modus operandi, Amy Ray and Emily Saliers shared the writing and composition of the songs. After so many years of collaboration, the process is now well established. And so are their vocal harmonies, so fluid and interwoven, the fruit of an artistic symbiosis that explains why Indigo Girls reach an even larger and ever more diverse audience, through headphones and through incessant touring.

The title song reminds the human race of an immanent truth: our survival requires a long-term investment. On the grungy “Change my Heart”, initiated by the powerful voice of Lucy Jules, they gauge the forces that govern America, hoping that magnetism (solidarity) will overcome gravity (personified by D. Trump). Ray and Saliers, both 56, cite reminiscences where desire and music intersect on “Country Radio” and “K.C. Girl”. The tempo quickens and the sounds take on an Afropop feel on “Howl at the Moon”. The new-wave organ pattern in “Favorite Flavor” could be a nod to the famous B-52’s of Athens, not far from Atlanta. Then, with “Sorrow and Joy”, we come back to the failed attempt on the aforementioned R. Reagan, in 1981.

Look Long was recorded at the Real World studio in Bath, England, with Justin Adam and Lucy Wainwright Roche, among others. John Reynolds, who was at the helm for Come On Now Social in 1999, produced this relevant addition to the Indigo Girls discography.