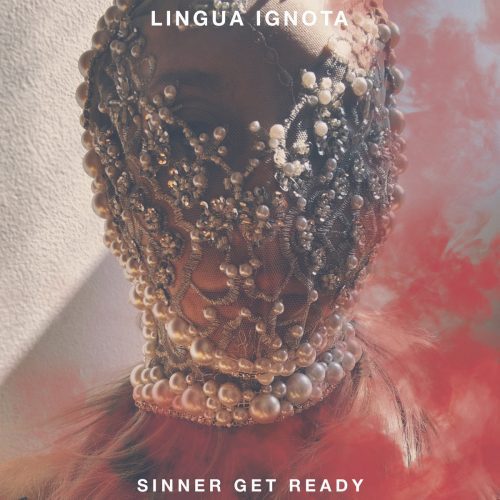 Let the Evil of His Own Lips Cover Him and All Bitches Die in 2017, Caligula in 2019, Sinner Get Ready in 2021. Only just released, this latest recording by Lingua Ignota (American Kristin Hayter) reveals a dialectic comparable to that observed in her previous recordings: entanglement, clashing, collision, tearing, suturing, symbiosis. It’s notable that the silkier, softer side of her expression has never reached such heights, which should contribute to the elevation of her appeal. Lingua Ignota (“unknown language”) marries the sacred music of Europe and America, the folklore of old and new worlds, the Celtic song of the Appalachians, the gospel, the choral singing with an exceptional contralto voice. Hayter’s hard dialect honours the concept of unknown language by investings her songs and music with some violent and dark waves, echoes of dark ambient, doom metal and other music with strong asperities. Hayter’s voice is always extraordinary, unique in that it has covered a very wide range of the emotional spectrum, from celestial contemplation to its opposite, from crystalline mist to typhoon. However, this sublime frequenting of extremes is less pronounced with Sinner Get Ready, its creator and interpreter softened, lightened… while preserving an edge. Though very recent, one can already speak of an important work. However, this path leading to Lingua Ignota is paved with a solid reflection on aesthetic forms and issues, and with an uncommon creativity to succeed in such an assembly. Hayter’s complex background cannot be dissociated from her intellectual scope and immense creative talent. To express such emotional contrasts musically and vocally, one must have suffered, searched, thought, and felt very strongly to create this unknown language.