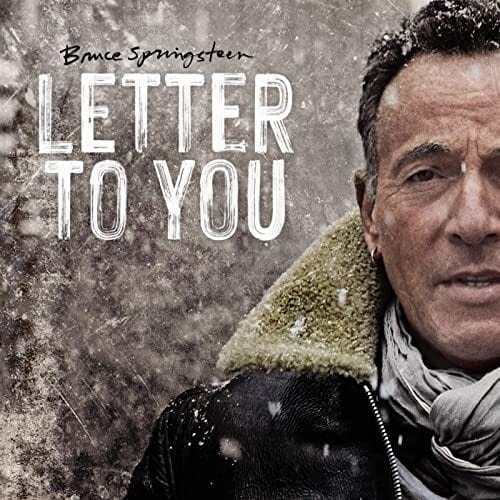 In October 2004, Bruce Springsteen and his E Street Band had participated in the officially non-partisan Vote for Change tour, which in practice was in favour of Democratic candidate John Kerry. This didn’t prevent Republican George W. Bush from being re-elected the following November 2. Sixteen years later, Letter to You comes out 10 days before a crucial presidential election, but contains no anti-Trump anthem, except for “Rainmaker”, a demagogic fraudster offering false hope to drought-stricken farmers. Nor is Letter to You an album with socio-economic demands, as was Wrecking Ball in 2012. Or, after seven months of the pandemic, an album of encouragement and comfort, like The Rising was in the aftermath of September 11, 2001.

Springsteen is elsewhere, in autobiographical mode and more than ever in communion with his fans, as evidenced by his series of “in residence” concerts on Broadway and his new album. Bruce certainly continues to care about the fate of his fellow citizens, but what one might tend to forget, given the strength of the man, is that The Boss blew out his 71 candles on September 23. And that his enemy is depression, a topic he talks about openly. Hence the introspection, recognition, and nostalgia in this album, which approaches popular music from the inside.

Springsteen has called in his fellow musicians Roy Bittan (pianist), Steven Van Zandt and Nils Lofgren (guitarists), Garry Tallent (bassist), Max Weinberg (drummer), Patti Scialfa (chorister and wife), and in place of his late uncle Clarence, Jake Clemons (saxophonist), while keyboardist Charles Giordano replaces the late Danny Federici. It’s a band whose cohesive strength lies in the fact that most of its members have been playing together for over 45 years. Over four days in November 2019, at the Springsteen Ranch Studio in Colts Neck, New Jersey, Bruce and his E Street Band recorded Letter to You live, with almost no overlapping tracks. Springsteen co-produced Letter to You with Ron Aniello, returning to a more raw sound after Brendan O’Brien’s polished performances.

Bruce wrote most of the songs in a week and a half, after a stretch of writer’s block, in April 2019. Everything is good, from the delicate “One Minute You’re Here”, to the autobiographical “Last Man Standing”, to the moving “House of a Thousand Guitars” and “Ghosts” (whose motif is ironically reminiscent of that of California band The Call’s “The Walls Came Down”, released in 1983), to “I’ll See You in My Dreams”. Among rock’s septuagenarians, Springsteen demonstrates creativity of a relevance matched only by Dylan and Neil Young.