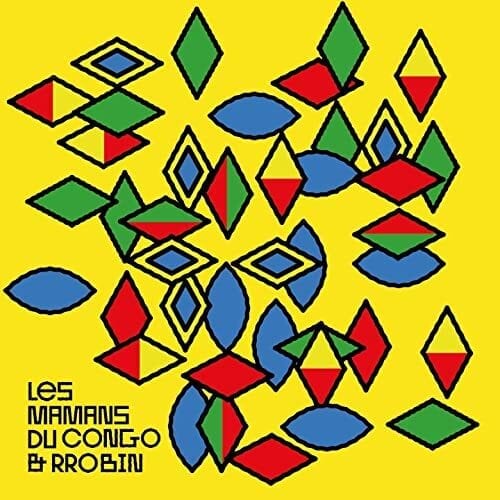 Rrobin et les Mamans du Congo is the meeting of two continents, two entities with a common passion: sharing and music. Rrobin is a French electronic music producer, and les Mamans du Congo are a Congolese collective led by singer Gladys Samba. Their meeting in Brazzaville in 2019 gave birth to this album featuring the singing of emancipated Congolese women mixed with complex rhythms and electronic sounds. It’s a project that Rrobin immediately accepted because since his early childhood, he has been enjoying triturating the sounds and noises that surround him. Knowing that les Mamans du Congo would add the sounds of forks, baskets, plates and recycled materials to his productions, he didn’t hesitate to jump on the plane for Brazzaville.

Throughout the nine tracks that make up this album, ancestral lullabies and committed feminist anthems follow one another. More than conclusive, this first attempt takes us on a journey and immerses us in the Congolese culture so dear to these Mamans and mothers of families. The alchemy of the two musical styles is perfect. Neither one nor the other takes the upper hand. On certain tracks, such as “Ngaminke” and “Bordel de rap”, the songs even come to soothe the sustained rhythms. The melodies come together and bring these dedicated, fervent songs to life. The mixing and addition of local instruments are notably well executed. Thus, on “Mwana Wu Dila”, the songs blend, with a beautiful transparency, with more discordant sounds that bear the mark of Rrobin. As for the closing track “Perle précieuse”, a lullaby of yesteryear performed a cappella, it generates goosebumps and pushes one to press “play” again.