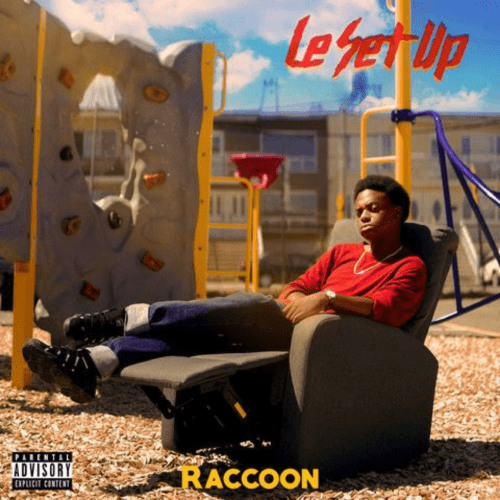 Unlike the rest of the population, Raccoon had a banner year in 2020 so far. After being named Radio-Canada’s Rap Revelation for 2020-2021, the Quebec artist unveils Le set up, a tight, 23-minute album. Following the release of Gentil pour un noir and the single “19-2”, which depict the raw realities of systemic racism and police brutality, one would have expected another product stemming from conscious rap. On the contrary, Raccoon abandons that approach somewhat for Le set up, an amalgam of varied lyrics served with a smoother flow than before. Raccoon hits the target less in this project, punctuated by two interludes whose relevance could be questioned. Admittedly, his flow and skilful use of franglais still demonstrate his great potential, and justify his appeal. However, it can’t be said that he’s quite come into his own on this somewhat fickle release. His skillful writing and brash tone are still in evidence on Le set up, but the productions there lack ingenuity. Still, there are a few gems here, like “Trauma Thighs” and “Univers Parallèle”, well-crafted tales in which Raccoon shows a surprising vulnerability. It’s only because we expect great things from the young Quebec rapper that this album doesn’t fully satisfy. We’re already looking forward to the next one.