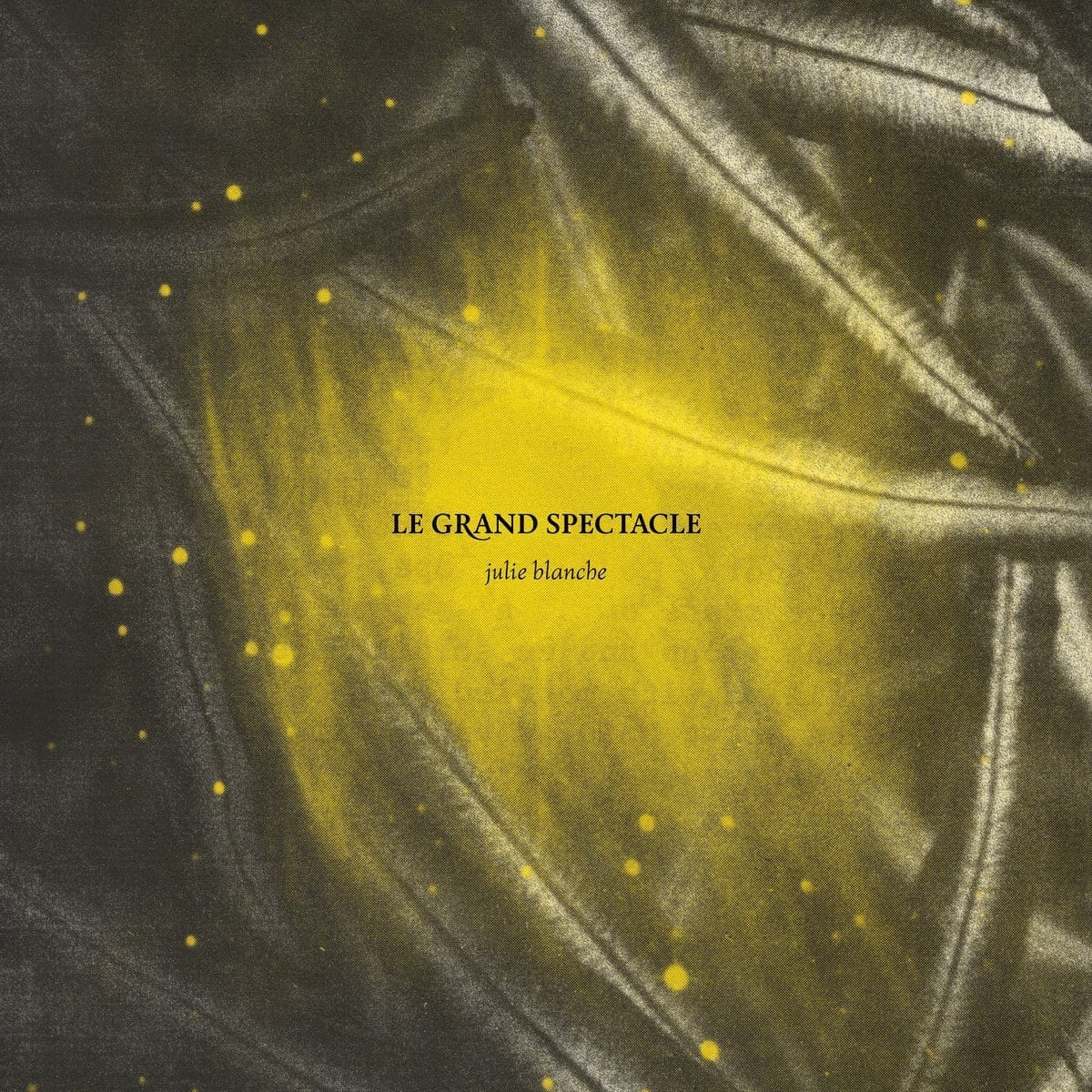 Le grand spectacle is the third step in Julie Blanche’s recording career, after a three-track EP in 2013 and an eponymous debuty full-length in 2015. Even though Madame Blanche has emerged from the long shadow of Antoine Corriveau, the subject matter and results remain no less dark. With songs such as “Ma belle menace”, “Après l’arrivée des monstres”, “Dans le ventre de la nuit” and “Les géants”, one wonder if Blanche isn’t spending too much time with her nose in Patrick Senécal novels. Fortunately, “Terre tranquille” arrives to reassure.

In this “big show”, Blanche leaves  melancholic folk-rock to move towards contemporary rock, mixed with electro, which sometimes seems to be influenced by the electroacoustic artist Poppy Ackroyd, when the winds blow in the woods. Only the opening bars of “Dans le ventre de la nuit” retain the folk tinge of the old Julie Blanche, before the chorus quotes In Rainbows-era Radiohead. “Les géants”, despite its reassuring Harmonium flavour, isn’t lost in past. “Eclipse” is carried by nervous drums à la Deantoni Parks. The bouncy, percussive  opening of “À l’envers” recalls Marie-Pierre Arthur, while on “Terre tranquille”, Blanche’s voice evokes that of the late Ève Cournoyer.

Blanche wrote the lyrics and composed the music with Pietro Amato, a founding member of Torngat and collaborator with Bell Orchestre and The Luyas, among others. Mr. Amato also took care of the production, sound recording, mixing and wind arrangements (bassoon, flute, oboe, clarinet and bass clarinet). A “big show” not to be missed, it seems.