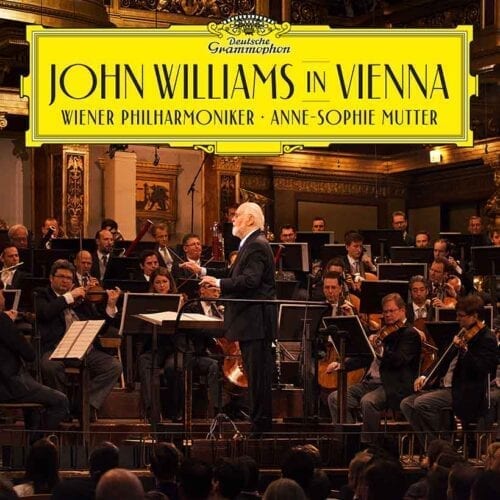 Composer John Williams needs no introduction. Although a celebrated musical architect and creator of moods for a staggering number of Hollywood films, he’s less well known for his concert music. The presence of John Williams – creator of two symphonies, a dozen concertos, chamber music, and vocal works – on stage as a composer of “intellectual” music is a major event.

Throughout his career, Williams’ language has been strongly influenced by many predecessors – Gustav Mahler, Igor Stravinsky, Erich Wolfgang Korngold, Sergei Rachmaninov, and Gustav Holst, to name but a few. It’s therefore no surprise that a multitude of symphony orchestras around the world perform his music. It was in response to an invitation from the Vienna Philharmonic Orchestra that the 88-year-old American went to Austria to conduct a concert exclusively devoted to his music for film. The composer concocted a program including his greatest hits (Star Wars, Indiana Jones, E.T.), as well as lesser-known works (Hook, War Horse, Close Encounters of the Third Kind).

Music lovers and film-score aficionadoes accustomed to hearing Williams’ music performed by American orchestras with a very direct and powerful sound will be surprised by the dignified, polished, and intensely controlled approach of the Viennese. The VPO, considered by many to be the best in the world, gives readings here that are always very intense, very energetic, almost operatic, giving an extraordinary breath to this music which is, by its intrinsic nature, resolutely dramatic. To this clash of titans, we must also add the presence of violinist Anne-Sophie Mutter, at the peak of her art on “Devil’s Dance” from The Witches of Eastwick, an extremely virtuoso arrangement by the composer especially for this concert.

For the record, it should be noted that Williams did not originally program the famous “Imperial March” from Star Wars. It was at the request of the orchestra’s brass section that he changed his tune. The result, in this writer’s humble opinion, is the best version of this piece ever recorded.