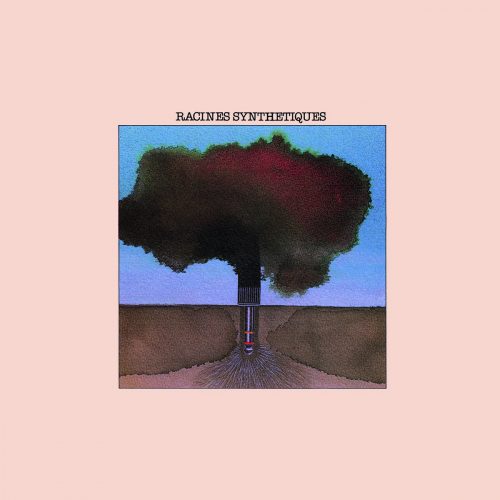 Italy gets all the attention for its efforts in the late ’70s, refining the initial synth explorations of German krautrock with injections of emotional warmth and pop appeal. Concurrent to the volcanic eruption of Italo-disco, however, were some very worthy sounds from their hexagonal next-door neighbours. Jean-Michel Jarre, a superstar at the time, is the most obvious example, but his French contemporaries were numerous, if not sufficiently noted by the world at large. French label Replica, the archaeological wing of La Face Cachée, is today taking steps to rectify that.

Joël Fajerman was a producer of advertising jingles and game-show themes, and a noted apostle of the Prophet 5 synth. Of his pal Yrssen, less is known, other than that the duo was concurrently both part of the disco band Contact, and that they followed this 1978 release with a second album, Painted Desert, in 1980. Their Racines synthétiques could act as a primer of the period in synthesizer music. “Mecanironic” is no less than a hotel-lounge pastiche of the aforementioned Monsieur Jarre. In the spirit of Wendy Carlos and her Switched-On classical works, there’s the brief “Menuet pour un synthétiseur”. There are the expected episodes of pulsating cosmic awe, with such self-evident titles as “Astéroide” and “Firmament”, and pieces like “Plaine”, which would not be out of place in a softcore Euro-porn of the time, the kind with lots of splendid on-location scenery. On an indirectly related note, some of this material was recycled just a couple of years later for the botanical documentary TV series l’Aventure des Plantes. While certainly not a milestone of the movement, Racines synthétiques has enough charm and character to twinkle in the firmament of French electronic music.