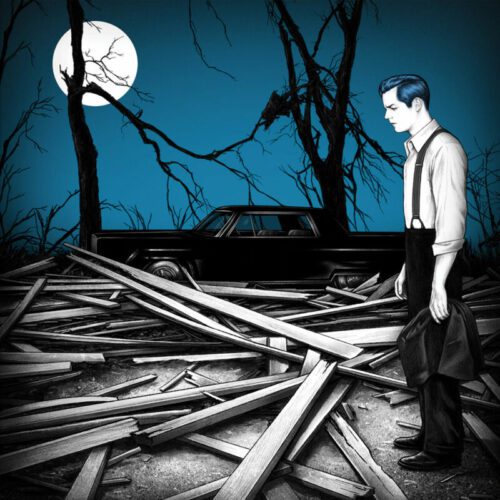 I never understood the bonkers fascination with Jack White’s solo work—what I’ll be referring to as his ‘blue phase,’ since he shifted colour palettes from the cherry red of The White Stripes to navy blue, right down to his now-dyed hair.

The first two blue phase albums were fine, Blunderbuss and Lazaretto, alternative blues-rock with a few notable hits and riffs that still get stuck in my head from time to time—”I’m Shakin’” and “Lazaretto,” but after that he kind of went off of the deep end. That’s not to say he’s not talented, but it seems like at this point in his career, he’s building songs based on weird sounds he can tinker with rather than good songwriting. And this is coming from a guy who has released some of the most quoted guitar music in the last 30 years—The White Stripes, The Raconteurs, etc.

His latest album, Fear of the Dawn,—one of two albums he plans on releasing in 2022  has his freaky in-the-red guitar style, space-age theremin, trip-hop drumming, and strange use of sampling. It’s a bizarre listening experience and really not for a good reason. I don’t know what he’s going for in the opener “Taking Me Back,” but it honestly felt like I was getting motion sickness. It’s just a sonic mess, right down to random ‘80s oscillating keyboard solo … just because?

The mixing is also all over the place in the title track. His vocals, which you can tell he’s shouting in, are so quiet while the bluesy doom main riff is turned up to 11. Again, motion sickness—and for what? ‘Cause, the guitar sounds cool? Did this really have to be a song?

“The White Raven,” also has a guitar riff that sounds like something you’d pull out of a Jack White riff machine, so overdone with so-so execution. The same goes with “What’s the Trick.”

And then comes “Hi-De-Ho,” beginning with a random fuzz line and a Cab Calloway sample of him imitating an Arabic muezzin call. It’s so jarring, but’s worse is Q-Tip’s off-the-cuff rap line and White singing literal random garbage into the mic afterward.

What happened to the Jack White who appreciated the little nuances of blues music—who would listen to a Son House record on repeat for one lyrical line? I guess he got bored.