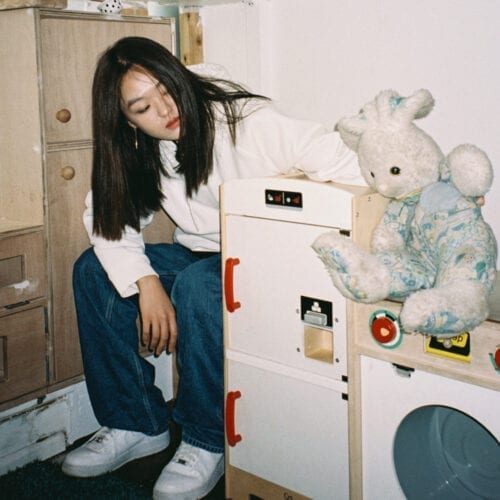 Am I the only one who discovered Park Hye Jin through YouTube’s algorithms? She’s part of the wave of generation of South Korean DJs and producers – also including Yaeji, Yeule and Peggy Gou – who have been enjoying some success for the last half-decade. This leading quartet covers genres ranging from house to electro-pop, sometimes experimental. After a residency at the Pistil Dance Club (Seoul) and If You Want It, an EP released in 2018 with the memorable, delicate piano line of “ABC”, Park has distinguished herself through international tours that have taken her as far as the Panorama Bar in Berlin, a renowned nightclub for lovers of electronic dance music. Her style is a clever mix of ethereal house with an emo tendency (her vocal intonations, which sometimes seem very monotonous, can be tiring), techno and hip hop, which are not so far apart in the Western musical continuum. She sings and raps in her native Korean as well as English. From the outset, the first track of the album takes us into a deep house universe, the repetitiveness of the lyrics giving her voice a percussive power. The twenty-something lays her flow down in an assertive way on “Can You”, which reveals a much more solid kick and hyper-reverberant, textured sounds, leaning towards dub techno. The title track conjures up the experimental spirit of the American West Coast (Los Angeles), where Park’s now based. “NO” is a complete change of scenery, diving into a much colder, minimalist techno landscape. The producer steps out of the usual up-and-down pattern, and it feels good. The percussion and vocal of “How Come” bring out a ghetto-techno aesthetic counterbalanced by soft and enveloping synthetic layers. Wherever Park’s imagination takes us, we can see that she’s fastidiously neat. Some may say it’s too clean, but it’s still very effective.