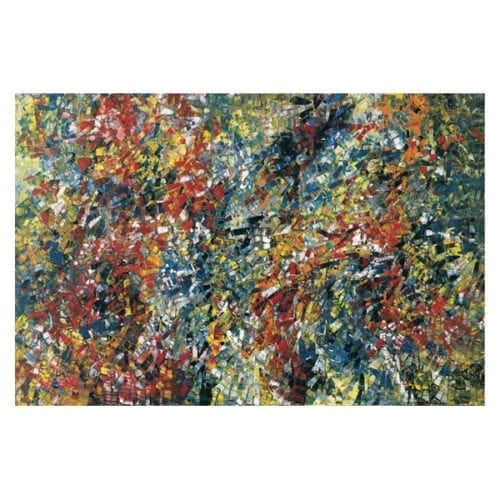 It’s Simon Leclerc, an outstanding conductor and arranger, who finally had the honour of obtaining Serge Fiori’s agreement to produce a symphonic adaptation of Harmonium’s iconic music. Histoires sans paroles is like the soundtrack, at last fully deployed, of a certain Quebec history, of a certain era transformed here into a very long-term reference.

The word to remember here is ‘adaptation’. Those expecting literal readings will be a little disappointed. Leclerc has transformed the cult tracks of Harmonium, Et si on avait besoin d’une cinquième saison, and L’Heptade into a long symphonic poem, guided here and there by a simple guitar (Sylvain Quesnel), an almost ghostly incarnation of Serge Fiori, since the entire work is created without words.

Beware, without words does not mean without voice! A choir and even a solo voice on occasion add a touch of light with vocals. Les Petits chanteurs de Laval, under the direction of Philippe Ostiguy, are well represented, as well as Luce Dufault and Kim Richardson, who do some solos.

The most striking melodies are recognizable, don’t worry. The most successful ones are also the most lyrical and melancholic. Some passages may be a little too forceful or rhythmically heavy, but in general, the mix of cinematic textures, orchestral colours inspired by Ravel and the Russian Romantics, and the absence of typical rock drums avoid the trap of a kitcshy symphonic pop arrangement, as we’ve heard too much of.

I’ll point out the superb performances of the OSM soloists (flute, bassoon, oboe, cello, trumpet, etc.), for whom Leclerc has written magnificent lines.

The goosebump moment? “Harmonium”, track 8 of the first disc, which will have you floating over a postcard Quebec with its soft string impulses, noble brass, playful woodwinds, dashing guitar, and choir of angelic vocals. It’s something to be proud of.