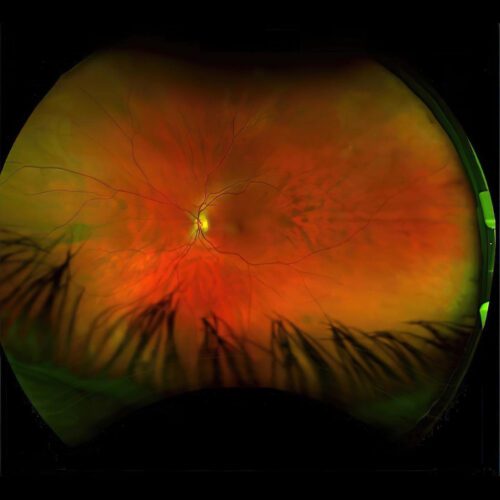 After making his solo debut with Child Soldier: Creator of god in 2020 Greg Puciato has released his second solo album, Mirrorcell. The former singer of the metalcore band The Dillinger Escape Plan has always known how to keep himself busy with all his music affairs from mainstream supergroup Killer Be Killed, electric project, Black Queen, and helping his close friend Jerry Cantrell on his recent solo album.

With its psychedelic grunge vibe, Mirrorcell is like hearing a flash from your past. The written theme is about loneliness that many people felt during isolation. On this LP Puciato really went solo, releasing it off his own record label Fellow Prisoner, writing the lyrics and performing all instruments besides the drums where Poison the Well’s, Chris Hornbrook, returns to the kit.

Its starts off with a minute of instrumental madness bringing a heavy distortion that will get your heart pumping. Some of these songs on this LP have a sound that will transport you back to the ‘90s grunge alternative scene.

“Reality Spiral” has that grunge groove textured that comes at you with a simplified version of Soundgarden’s “Superunknown.”

When you listen to “No More Lies,” you find yourself repeating the song like you’re hearing a voice from beyond the grave. Puciato’s insane vocal delivery sounds like the late Layne Staley, adding in his thunderous hard rock guitar riffs, and resembling his idol/ friend Jerry Cantrell this song all over has an Alice in Chains vibe.

The fourth song “I Never Wanted” gives you that nostalgia sense with Puciato’s seductive vocals and guitar riffs tied together throughout. The song is another pure Alice In Chains-influenced track.

Following that, you have a guest vocal of Code Orange’s Reba Meyers on “Lowered.” This song starts with a great steady drum beat grooving guitar riffs and Reba’s vocal range give this song a playful mix from the 80s.

However, “We,” not a bad song by any means, seems a little out of place with its post-punk and techno sound.

If you are expecting The Dillinger Escape Plan sound you won’t find it here. The closest you will get is the last song on this album, “All Wave to Nothing.” It has an emotional feel to it with so many vocal ranges he screams, mumbles, and whispers with some guitar distortion and banging drum beats. Almost reaching nine minutes, this song has so many elements and sinister lyrics like, “If you wrote me a letter if you cried to me all night that wouldn’t make me better I’m still dead to me.” These lyrics scream loneliness and someone who has given up on themselves. It’s a perfect way to end the album.

Mirrorcell is a crafted mature album with some songs that stand out more than others.

All those out there who want a flash from the ‘90s, I highly recommend this solid record.