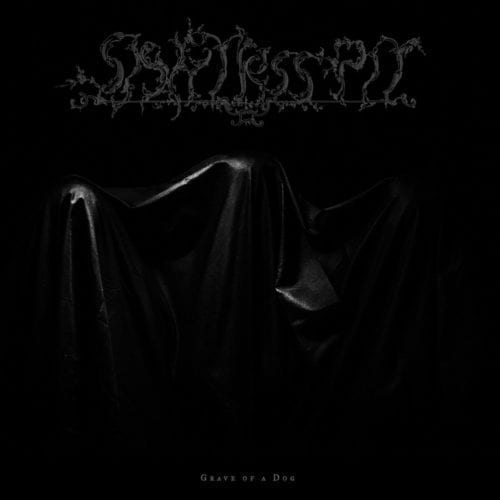 Let’s say it right away, Grave of a Dog is a great album by a brand new band, born from the meeting of three key names in the hard experimental scenes: Lee Buford, drummer of The Body, Kristin Hayter, aka Lingua Ignota, and Dylan Walker, singer of Full of Hell. They’ve been collaborating for some time now, however, so we’ve seen two albums by Full of Hell and The Body, appearances by Buford and Walker on Lingua Ignota’s Caligula, and the same on The Body’s latest album, I Have Fought Against It, But I Can’t Any Longer, which features some of the precursors of the present album, especially on “Can Carry No Weight”. The recording of Grave of a Dog took place between 2017 and 2019, at the same time as these cross-collaborations. A stage was reached with the creation of a band in due form, which proves to be driven by a creative intent as coherent as it is powerful.

“Kingscorpse”, the inaugural track, opens with the a cappella voices of Hayter and Walker, delivering with all their might a melody with powerful beats, then giving way to Walker’s throaty vocals. The band could have been torn between these diverse aesthetics, but rather than confuse, it bewitches. This deep connection finds its roots in the elementary concerns of heavy music: redemption, impermanence, and desolation. The rhythms are minimalist, inspired by hip hop or industrial, except for some large-scale pieces using merciless sound editing.

“The Ocean of Mercy” is definitely in the running for the best song of the year. First, a procession with Walker’s incantations, the organ and a few organic instrumental cracklings. Then Hayter’s sovereign voice emerges to deliver, as a funeral oration to the Earth, the verses of the English poet Robert Burns:

Hayter, ripe with classical training, gratifies us with his virtuosity in the light as well as in the dark: his voice captures fear, strength, and surrender in the same breath. On “Love Is Dead, All Love Is Dead”, the final song, his vocal force becomes raspy and gradually extinguishes, scratched away by the treatment of the tapes.

All in all, an epic album in the form of a hardcore eschatological treatise. We want more!