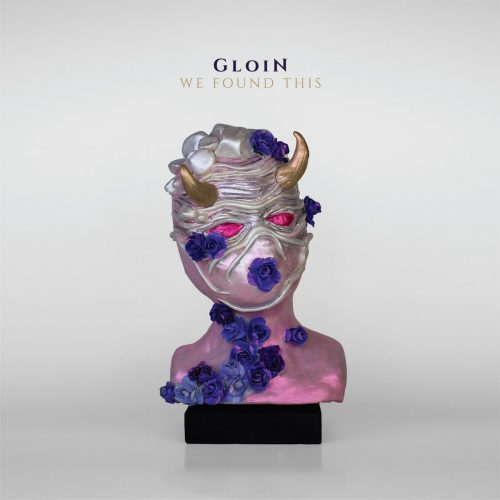 Gloin, gloin, gloin, gloin, gloin, gloin. Do you hear the sound of a murderous monster swallowing all its teeth? Formed in 2018 by John Watson (guitar, vocals), Vic Byers (bass, vocals), Simon Kou (drums), and Richard Garnham (synthesizers), Gloin could be translated as the sound of a truth that is hard to swallow, when we realize that our thoughts are the only source of meaning we have left. Inspired by the visceral experimentations of Sonic Youth or Lightning Bolt, We Found This is the first opus of a band freshly signed by Mothland and emerging from the effervescent underground scene of our Toronto neighbors. Known for their cathartic and sharp performances, Gloin has opened for The Brian Jonestown Massacre, A Place To Bury Strangers, Moon Duo, Snapped Ankles, SXSW and New Colossus. With its horns raised to the sky of a blood moon, this debut album drips with cold sweat, gloomy distortion, putrid angst, punk urgency and youthful bewilderment from a challenge to the routine of a toxic job. The edgy and angry track “Work Patrol” manages to make us grind our teeth, like a vampiric boss busy digging out the weeds in his office. To forge their individuality and self-taught “mental knife,” the band celebrates road trips and their love of occult, dissident and subversive art. On the heels of the release of We Found This, Gloin will be hitting the road this November, including November 18 at the M pour Montréal festival. Come see what this monster found when he lost its teeth.